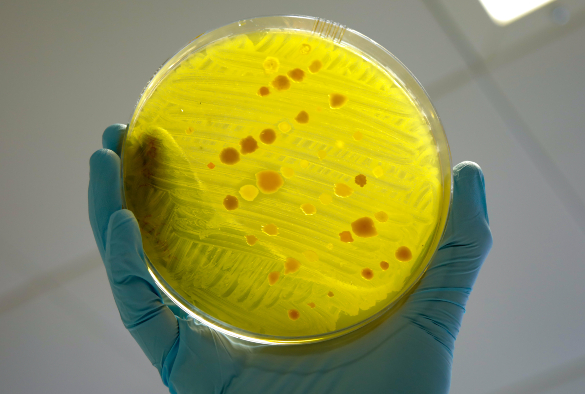 Researchers from Liverpool School of Tropical Medicine (LSTM), the Centre for Ecology & Hydrology, and Oxford Martin School say a two-stage approach is needed: a short-term expansion of incentives for the private sector, to maximise the impact of existing commercial research, followed by the establishment of a global, publicly-funded antibiotic research and development institute.

Antibiotic resistance is one of the biggest threats to global health, food security, and development. A 2016 UK government report found that 700,000 people around the world die each year from drug-resistant infections and that by 2050 10 million lives a year will be at risk if solutions are not found. But the current approach to research and development (R&D) of new antibiotics through public-private partnerships is failing, with no new classes of antibiotics approved since 1984.

Today’s paper in Lancet Infectious Diseases proposes a co-ordinated international research effort, similar to other projects such as the Human Genome Project, with long-term core funding and permanent staff to take on the antibiotic R&D role currently assigned to pharmaceutical companies. The authors say this would overcome many of the biggest problems with current public-private partnerships, including ensuring that development was prioritised according to need rather than profit potential, centralising funding, and ensuring that new antibiotic patents are in public hands and that new drugs can be distributed at cost for the public good.

Dr Andrew Singer of the Centre for Ecology & Hydrology, lead author of the paper, said: “We need a new approach to antibiotic research and development that is proportionate with the rapid growth of antibiotic-resistant infections, which, if we don’t take action, are set to kill millions of people over the next 30 years.”

Rather than continuing to subsidise stalling for-profit development with public money, the paper suggests that an international research institute could be established quickly with the wholesale public purchase of commercial antibiotic pipelines. This could be achieved at an estimated cost of around $5billion. Funds could be mobilised either by the international community or by a club of determined individual nation states.

Experts have already suggested multiple funding routes. In 2012 a WHO working group concluded that a commitment of just 0.01% of GDP from WHO member states would raise $4-5 billion annually from only the OECD countries. Another route, suggested by Chatham house, would be to allocate 10-20% of national antibiotic expenditure to the funding of future antibiotics. This route would raise $5 billion per year from the USA and EU alone. Either funding approach would enable much of the current stalled antibiotic pipeline to be brought into public ownership within two years and guarantee sustainable research on new compounds in the long-term.

“Our proposal represents very manageable sums in terms of national spending and would effectively mobilise public money for public goods,” said Dr Claas Kirchhelle from the Oxford Martin Programme on Collective Responsibility for Infectious Disease. “In 2008 and 2009 the US Government’s Troubled Asset Relief Programme mobilised over $400 billion of taxpayers money to bail out struggling lenders, and the British Government spent £137 billion (about $175 billion) doing the same in the UK. Investing only a fraction of these sums could not only help overcome the emerging crisis in controlling microbial infections but guarantee sustainable and equitable access to a global public good – in perpetuity.”

Similar to the banking crisis, much of this money could eventually be recouped in terms of reduced costs for antibiotic access and improved healthcare outcomes.

The proposed level of ongoing funding would not only represent a significant boost in current investment in new antibiotics but also bring it more in line with the realistic costs of drug development and the level of global risk posed by antibiotic resistance. The two largest public-private partnerships researching new antibiotics, GARDP and CARB-X, have so far generated $0.65 billion dollars of funding. In comparison, the total cost of bringing a single new drug to market was $0.8 to $2.2billion between 1983 and 2009.

“Antibiotic resistance is an urgent global problem requiring an urgent global solution. Continuing to follow the same R&D model that has given us three decades of stalled development, unequal drug access and rising numbers of antibiotic-resistant infections would be sleepwalking into disaster,” said LSTM’s Dr. Adam Roberts.

“What we are proposing has the potential to revolutionise the antibiotic pipeline and global health but it’s far from radical. It would simply follow the successful public research model that gave us penicillin during World War II and cost less annually than President Trump wants to spend on his border wall. It’s time to rethink for-profit drug development as the default for antibiotic policy. We cannot indefinitely rely on private sector subsidies to solve a global public problem.”