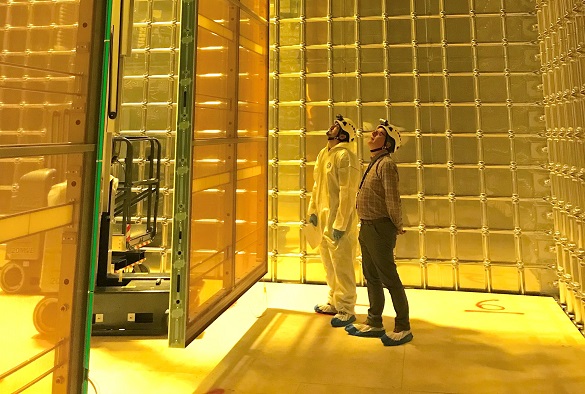 Physicists at the University of Liverpool have been awarded £1.02M to contribute to the flagship DUNE global science project which aims to better understand matter and anti-matter.

The award is part of a £45M investment in DUNE construction by UK Research and Innovation’s Science and Technology Facilities Council (STFC) which will support 13 UK universities and STFC’s Rutherford Appleton and Daresbury Laboratories until 2026.

DUNE (the Deep Underground Neutrino Experiment) is hosted by the United States Department of Energy’s Fermilab. It is being designed and will be operated by a collaboration of over 1,000 physicists across 32 countries from Asia, Europe and the Americas and it will be the world’s most advanced neutrino observatory.

DUNE aims to advance our understanding of the origin and structure of the universe. It will study the behaviour of particles called neutrinos and their antimatter counterparts, antineutrinos.

This could provide insight as to why we live in a matter-dominated, suitable for life universe. DUNE will also watch for supernova neutrinos produced when a star explodes, which will allow scientists to observe the formation of neutron stars and black holes, and will investigate whether protons live forever or eventually decay, bringing us closer to fulfilling Einstein’s dream of a grand unified theory. 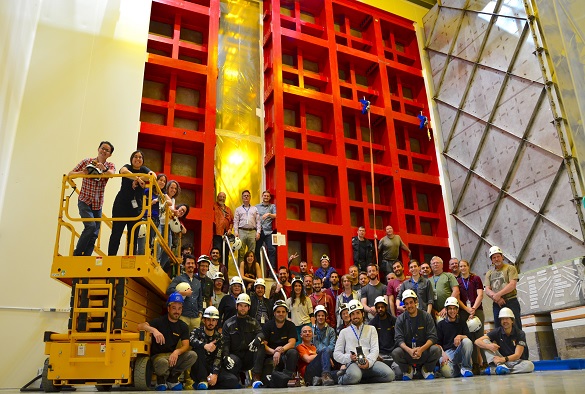 Professor Stefan Söldner-Rembold of the University of Manchester, who leads the international DUNE collaboration as one of its spokespersons, commented: “DUNE has the unique potential to answer fundamental questions that overlap particle physics, astrophysics, and cosmology.”

The DUNE detector will comprise four large tanks each containing 17,000 kg of liquid argon where neutrino interactions will be recorded in 3D by large numbers of Anode Plane Assemblies (APAs), the principle detection elements of the detector. UK scientists and engineers are designing and will produce APAs and are also developing a state-of-the art, high speed data acquisition system to record the detector signals, together with the sophisticated software needed to interpret the data and provide the answers to the scientific questions.

Liverpool physicist, Professor Christos Touramanis who established the Liverpool neutrino group, led the ProtoDUNE demonstrator project at CERN, and currently leads within DUNE a consortium of 25 UK and US institutes that will deliver all the APAs for the experiment, said: “This is amazing news for UK scientists, and a vindication for Liverpool’s long term strategy. DUNE’s science programme builds on findings by the T2K experiment in Japan, for which the Liverpool neutrino group delivered a major set of detectors and we are leading key analyses.

“We are also international leaders in R&D in Liquid Argon detectors, the technology chosen for DUNE. The new grant and its second stage follow-up, together with DUNE support through the Liverpool Particle Physics Consolidated Grant, will be funding twelve researchers, engineers and technicians working with three academics for the next seven years.

“With DUNE we will be making discoveries that a few years ago were thought to be impossible in our lifetime, and our excitement is difficult to describe!”