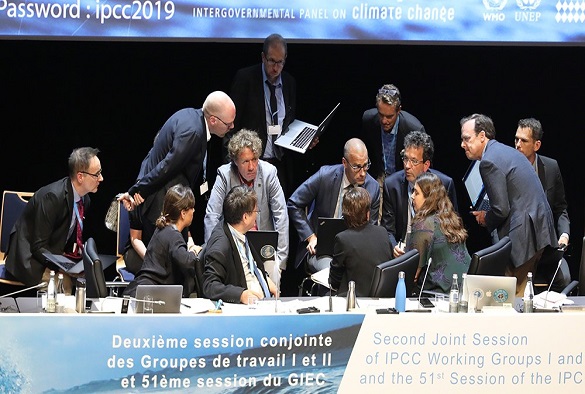 Professor Alessandro Tagliabue was one of five UK scientists who authored the latest IPCC Special Report on Oceans and Cryosphere in a Changing Climate. Here he shares his thoughts on the development of the report and reflects on the IPCC exercise as a whole:

At around 11am on the 24th of October this year, the gavel came down for the last time at the Grimaldi Centre in Monaco and the IPCC Special Report on Oceans and Cryosphere in a Changing Climate (the “SROCC” for short) had been approved by governments. This meant that it’s assessments on the state of the science, ranging from future sea level rise to modifications to marine ecosystems and impacts on dependent communities, could be released to the public on schedule.

How did it all start?
The SROCC first came into life in spring 2016, at the 43rd session of the IPCC in Nairobi (Kenya), when it was decided to prepare a report focusing on climate change and the oceans and cryosphere to appear during the sixth assessment cycle.

A follow up meeting at the end of 2016 in Monaco prepared a draft outline of the report, which was then endorsed by governments in March 2017. The scope of the report itself was huge, bridging across physical changes in the ocean and ice systems, up to changes in ecosystems, as well as human impacts and policy responses. In total, 104 authors (of whom 31% were women) from 36 countries, including authors from 19 developing countries or countries with economies in transition ended up delivering on this task. The SROCC ended up assessing almost 7,000 publications and responded to over 31,000 expert and government review comments during its preparation. I ended up as one of only five UK scientists who were authors of the report.

How did I get involved?
In May 2017 I found myself on a train heading up to Edinburgh University to give an invited seminar when I saw an email from the United Kingdom Government Department for Business, Energy and Industrial Strategy, who were seeking self-nominations to serve as experts on the report.

With an inevitable delay on my train and sat stationary in the Scottish countryside, I thought I had something to offer and filled in the nomination form. The form itself was actually quite brief, asking for a few details and a four-page CV, where I included four specific sentences of motivation and the usual list of papers and such like. By the end of June 2017, I received my invitation to participate from the IPCC and a new adventure was beginning.

The process
The SROCC process itself is driven by an author team of around ten ‘lead authors’ (LAs) per chapter, who are kept in check by two to three ‘co-ordinating lead authors’ (CLAs). The authors can bring in specific expertise if needed by what are known as ‘contributing authors’ (CAs) who provide specific blocks of text. The whole process of the SROCC was managed by the co-chairs of Working Group 1 and 2 of the IPCC, Valérie Masson Delmotte, Panmao Zhai, Debra Roberts and Hans-Otto Portner, with support from what is known as the Technical Support Unit (TSU) from Working Groups 1 and 2. We had four in-person Lead Author Meetings (LAMs) and video conferences that were few and far between at first, but became almost daily as we sped headlong towards the government approval session in September this year.

What I found was particularly interesting about this exercise from a personal perspective was two-fold.

Working across disciplines:
Firstly, the broad scope of the report meant that I was thrown in with people outside my usual scientific field. This was a result of the report bridging across physical to social sciences in every chapter. Typically, when we attend meetings or conferences we stick to our usual crowd of colleagues and collaborators.

In many respects, the very structure of academic conference sessions and workshops encourages this herd mentality. While there is lots to gain from consolidating collaborations within our own disciplines, it was really enriching to work across disciplinary boundaries during the SROCC writing. In doing so, I was able to make new personal connections that have the potential to underpin new and innovative science in the future.

Appreciating what we do know
Secondly, I learnt to value the things we do actually know quite well about the ocean and its role it the climate system. Often as scientists, we emphasise what we do not know, in order to motivate for our importance of our research.

In contrast, for the IPCC assessment exercises we need to actually turn ourselves around and consider what we do know and how well we know it. As experts, we often focus on the details behind observed or projected changes in the marine system (for instance), without paying enough attention to the obvious. For example, we spent a lot of time compiling evidence for observed changes in various parameters such as ocean oxygen or acidity levels, and the fact that the change was significantly different from zero was as useful as how large change was. This meant that we could assess that things were changing as well as by how much.

The main challenge of the IPCC exercise is how we bring together different forms of evidence to assess the robustness of the evidence and the degree of agreement to generate a confidence statement. If possible, we may go further and provide a likelihood assessment, which links to underlying probabilities. For example, stating that we were virtually certain that the ocean has warmed unabated since 1970 means that we assessed a 99-100% probability that this statement was true.

By the end of the process we had to compile our top-level messages in to Summary for Policymakers, broadly grouped under observed changes and impacts, projected changes and risks, and implementing responses to ocean and cryosphere change.

This exercise developed ‘headline statements’ that brought together a key set of assessments into a take home message, which was then under pinned by a set of bullets that detail the specific underpinning assessments. These headlines and bullets are then approved line by line by Governments at the approval session.

Government approval
The Government approval session was another part of the process that was very new to me and most of the other scientists. It is organised very formally, with each country having its specific seating, microphone etc. For each headline statement and set of sub bullets, the author team join the IPCC co-chairs (who take turns to chair in pairs) on the podium. As each line is read, the floor is opened for interventions and we typically take a set of three of four interventions at a time.

The authors the form a quick huddle and discuss how to respond. We may simply explain more fully and perhaps alter the text live on stage, which will then be opened up to the floor again for approval. If things are more complex, we may ask to go away to more carefully consider our response and come back again for approval. In cases where there is no agreement, we can form what is known as a huddle or contact group, where we go away with the interested government delegates and facilitators to a breakout room to discuss and agree on revised text. 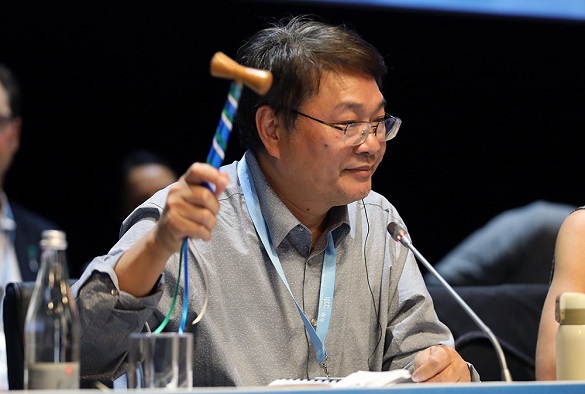 Ultimately, all authors get very fond of the noise of the gavel coming down on approved text. Days were long, often running until the early hours of the morning and the rate of text approval was slow at first before speeding up as the ultimate deadline loomed. The final session of approval began at 9am and finished around 11am the next day!

Looking back, I am proud of our efforts and like many scientists I hope that it will add to the growing body of evidence regarding the importance of tackling climate change, which is the key issue facing global society today.

What next? COP25
Next on my agenda is to attend COP25 in Madrid which starts this week. COP25 is the 25th Conference of the Parties to the United Nations Framework Convention on Climate Change, which also encompasses the 15th meeting of the parties for the Kyoto Protocol and the second meeting of the parties for the Paris Agreement. At COP25, I will give an invited talk at a side event in the UK pavilion on the SROCC and its findings. Using my new experience of communicating science across disciplinary boundaries and audiences, I hope to reach policymakers and stakeholders with a key message:

The more decisively and earlier we act, the more we will be able to address unavoidable changes, manage risks, improve our lives and achieve sustainability for ecosystems and people and around the world – now and in the future. 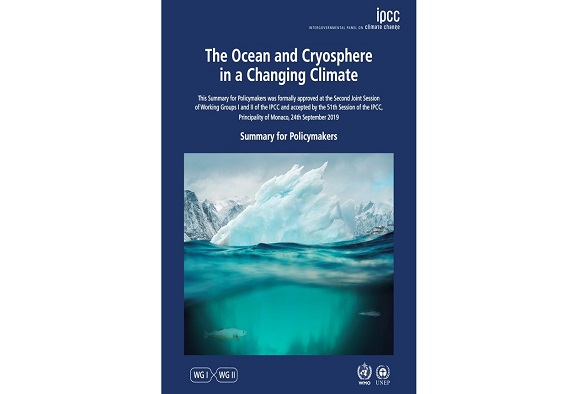