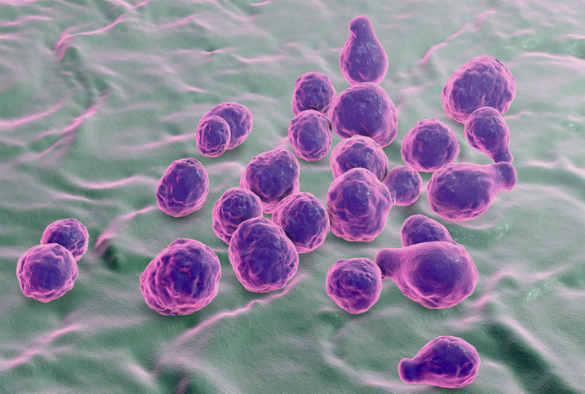 A common first-line treatment approach for cryptococcal meningitis in low-income countries is being compromised by the emergence of drug resistance, new University of Liverpool research warns.

Published in the journal mBio, the findings highlight the need to develop new drugs and treatment regimens for the lethal brain infection, which kills around 180,000 people each year.

Cryptococcal meningitis is a leading cause of death among adults with HIV/AIDS in sub-Saharan Africa. In many parts of the world, the antifungal drug fluconazole is the only agent that is available for the initial treatment of the infection, despite considerable evidence that long-term outcomes are poor.

Drug resistance is thought to play a role in these poor outcomes, but solid data is currently lacking and a better understanding of the relationship between fluconazole exposure and the emergence of resistance has been needed.

In an experimental study in a novel hollow fibre model and mice, the relationship between drug exposure and both antifungal killing and the emergence of resistance to fluconazole was quantified. These results were then bridged to patients in a clinical study where patients with cryptococcal meningitis in Tanzania receiving fluconazole were studied.

The findings showed that fluconazole resistance is caused by duplication of the fungus’ chromosomes and occurs while patients are on therapy.  Simulations from mathematical models fitted to the patients’ data suggested that only 12.8% of patients receiving fluconazole at the recommended 1,200 mg/day were completely free of the fungus after two weeks.  Furthermore, 83.4% had a persistent subpopulation that was resistant to fluconazole.  Preventing this would require significant dosage escalation of fluconazole beyond what is currently recommended.

William Hope, Professor of Therapeutics and Infectious Diseases at the University of Liverpool, said: “This study is unique in that it combines information from experimental models of cryptococcal meningitis with data from patients receiving fluconazole as monotherapy, which remains the norm in much of Africa, despite not being consistent with current treatment recommendations from the WHO.

“We’ve shown that the emergence of resistance is related to drug exposure and occurs with the use of clinically-relevant monotherapy regimens. Hence the only drug available to many patients in Africa is compromised by the ability of the fungus to develop resistance while the patient is taking fluconazole.

“Our findings underscore the urgent need for the development of new agents and combinations to reduce the global toll of cryptococcal meningitis.”

Antimicrobial resistance is a growing threat and there has been a global push to address to develop new drugs. Led by Professor Hope, the University of Liverpool’s Centre for Antimicrobial Pharmacodynamics provides state-of-the-art research facilities for PK/PD studies and offers preclinical and early phase clinical support to ensure new drugs are developed in a streamlined manner.

Funding support was provided by the Medical Research Council, the Department for International Development and the Wellcome Trust.