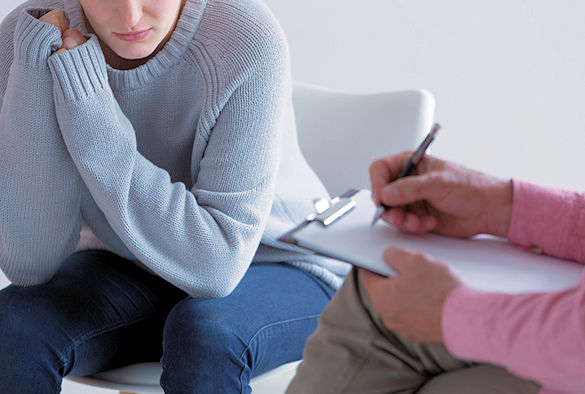 A University of Liverpool research paper, published in Psychology, Public Policy, and Law, provides details of the approaches needed to help build rapport with victims of crime during interviews.

Interviewing victims is one of the most challenging aspects of sexual offence investigations. Victims can be unwilling to reveal information, specifically within a formal interviewing setting and it is crucial to obtain information since they are often the only source of information.

In the UK, US, Canada and Israel there are a number of models and protocols in place, such as the ‘PEACE’ model and the National Institute of Child Health and Human Development (NICHD) interview protocol, which helps to ensure a non-accusatory, information gathering approach to interviewing victims.

In South Korea, sexual offences are a serious social problem. According to recent official statistics, the total number of sexual crimes occurring per year rose 12% from 2014 to 2018.

The Korean National Police Agency has attempted to improve competences in investigating sex offences, with an emphasis on interviewing due to the limited amount of physical evidence that is often a hallmark of such cases. Since 2004 KNPA have introduced the PEACE model to spread the recent knowledge on investigative interviewing principles and techniques. The KNPA also executed nationwide video-recorded interview system to improve the admissibility of police interviews and to protect the human rights of interviewees in 2007. Further, the KNPA disseminated the NICHD protocol to assist officers interviewing child victims in 2010.

To enhance and maintain the officers’ expertise related to the guidelines introduced, the KPIA (Korean Police Investigation Academy), which is the professional training institution of the KNPA, provides relevant investigative interviewing courses composed of learning theories and simulation exercises

Unfortunately, research has found that Korean officers often do not adopt the methods recommended by the NICHD in practice. Especially, the establishment and building of rapport when interviewing victims. Rapport-building offers a friendly atmosphere and consequently reduces the uneasiness that may exert a negative impact on information gathered.

Rapport-based interviewing can mitigate the negative feelings of child victims during police interviews and increase the amount of information generated. Despite these findings, little is known about how to create an environment of rapport and, more specifically, there is very little known about the set of behaviours or approaches that underpin it.

MI is a counselling method that helps people resolve ambivalent feelings and insecurities to find the internal motivation they need to change their behaviour. For example finding the motivation to tell an interviewer what has happened or details of a perpetrator despite wanting to forget or not want to talk about it.

The researchers coded 103 hours of investigative interviews with sexual offence victims – a sample of 86 single victim cases conducted by 26 police interviewers in South Korea. In all cases, there was a subsequent conviction.

Results showed that humanistic approaches positively influence adaptive interactions between interviewer and victim whilst simultaneously reducing maladaptive ones. This results in an increase in yield.