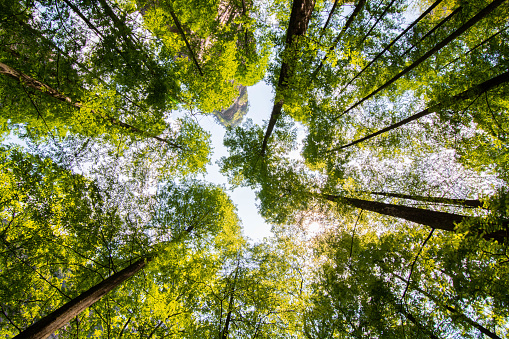 Research involving the University of Liverpool has revealed the effect of climate warming on the complex interactions between beech trees and the insects that eat their seeds.

Masting, the process by which trees vary the amount of seeds they produce year by year, is a characteristic of many forest tree species, including oaks, beeches, pines and spruces. It is beneficial to the trees because during `famine years’, seed-eating animals (such as moths) are starved so their numbers decrease, while in the `bumper years’, seed production is so high thatit satiates insects and seed predators, so that some seeds can survive to establish the next generation of trees.

Co-author of the paper, Dr Andrew Hacket-Pain, from the University of Liverpool’s School of Environmental Sciences, said: “This study is important for understanding how beech trees are responding to changes in the climate: Climate change is leading to an increase in the seed production of beech trees – but we show that any benefit the trees might gain from this increased reproductive effort has been almost entirely offset by higher seed consumption by the moth larvae.”

“The trees are producing more seeds but gaining almost no return on their increased investment. It is an excellent example of how the overall response of forests to climate change is dependent on a complex web of interactions between species – it is far from straightforward.”

Dr Jonathan Lageard, from Manchester Metropolitan University, added: “In this research, we use data from four decades of long-term monitoring to investigate how climate change has affected the reproduction of one of the UK’s most widespread trees, beech. We show that seed production has increased over that time period – but this does not tell the whole story.”

“However, the disappearance of the characteristic ‘boom and bust’ seed production patterns in UK beech trees has led to an increase in moth populations. As a result, we have seen a dramatic increase in the percentage of the seeds that are eaten by the larvae – up from around 1% in the 1980s to 40% in recent years.”