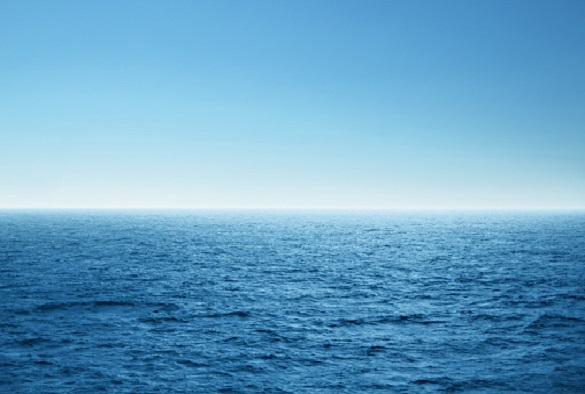 In an interview published in AZoCleantech, Ric Williams, Professor of Ocean Sciences in the School of Environmental Sciences, discusses how oceans are moderators of our changing climate and how we can reduce our carbon emissions.

Why should we care about our oceans?
Our oceans are the flywheel of the climate system. In terms of ongoing climate change, they are taking up 90% of the extra heat supplied to the climate system, and 25% of the emitted carbon. So, their response is really important for our future. The upper 2.5 meters of water in our oceans hold as much heat as the whole of the overlying atmosphere. Therefore, any changes in our oceans will have large effects on the overall climate system.

How is carbon emitted into our atmosphere?
It is pretty straight forward. The burning of fossil fuels, augmented by the production of cement, the deforestation of trees, and the removal of peatlands, all contribute to the rise in atmospheric CO2 that we have all seen over our lifetimes. These factors all contribute to the emission of carbon into our atmosphere, but the biggest effect is certainly the burning of fossil fuels.

Is there a link between the amount of carbon we emit and the surface warming response of our planet?
There is a simple message: the more carbon we emit, the warmer the planet will become over the coming decades and centuries. There is no longer any doubt about the science. We use climate models to predict the future. These models, which are similar to those that we use to forecast our weather, show a simple response between carbon and warming. The reason for that is simple; if we emit more carbon dioxide into the atmosphere, it will absorb the infrared radiation that we all emit, radiating it back down to the ground, leading to a warmer surface temperature of the planet.

How much warmer will our planet become by 2050 if carbon continues to be released into the atmosphere at the current rate?
We are currently on track to exceed 2.0°C by 2050. Over the rest of the 21st century, we are likely to be reaching a 3.0°C to 4.0°C increase. But, as we project further into the future, the picture becomes more unclear due to the various feedbacks that can happen in the climate system.

The Paris Agreement mentions the need to curb emissions to meet targets of 1.5°C and 2.0°C. When are we due to reach these targets without a reduction in emissions and what are the adverse effects resulting from this level of global warming?
The clock is ticking. At current rates, we will reach 1.5°C of warming in less than 16 years, and we are currently on track to exceed 2.0°C of warming within 30 to 40 years. There are, however, a series of feedbacks that could accelerate some of those changes. If anything, our climate models seem to be underestimating the rates of change in the climate system.
If we reach 2.0°C rather than 1.0°C of warming, not surprisingly, we will have more extremes in the weather we experience, with more heatwaves, more heavy rainfall and storms, and a higher rise in sea levels. Where it is probably most dramatic is the impacts this will have on habitats, we are due to have twice as much habitat loss if we reach 2.0°C warming, rather than 1.5°C warming. That would lead to a loss of 99% of our warm water corals, rather than 10% of the coral surviving.

How can we reduce carbon emissions and work towards a carbon-neutral future?

To move to a carbon-neutral future, we need to change the way we use and consume energy. We have got to make a transition to non-carbon and renewable forms of energy, rather than relying on black carbon: coal, oil, and gas. We have also got to change how we function as individuals, our work organizations, and how local, national and international governments operate.
At a personal level, we need to think about how we move, how we keep warm, and what we eat. We need to use public transport more and change how we heat our homes, trying to move away from oil and gas. And, importantly, we have got to change what we eat. We need to move away from consuming meat, which is very carbon-intensive, and eat more local and sustainable foods.

How likely are we to meet the 1.5°C and 2.0°C Paris targets based on the use of current technologies and levels of energy consumption?
I think we are unlikely to meet those targets unless there is drastic action. It is already very unlikely that we are going to avoid 1.5°C of warming, but, even so, I still remain optimistic. In the past, we have solved major environmental problems. In the 1950s there was the air pollution smog in London, which was solved by the Clean Air Act. In the 1980s, the Montreal Protocol was able to successfully phase out the use of CFCs, which were destroying our stratospheric ozone layer. That policy intervention looks to have made a positive impact as our ozone layer is beginning to recover. Over the past decade, electricity production from offshore wind has become much cheaper and competitive. I feel optimistic that over the coming years, public pressure can lead to more action by governments and companies that will result in solutions being found.
In 2019 several governments around the world including the UK, the EU and Canada declared a state of climate emergency. What role can universities play in raising awareness of climate change and providing new solutions to reduce our dependence on using carbon?
I think universities, research institutions, and companies need to be a powerhouse for creating solutions for climate change. Work at the University of Liverpool, in collaboration with companies, is focusing on developing new materials that are less reliant on fossil fuels, more degradable and lighter. We are also developing new ways of storing and transmitting energy. We have people working on how to plan our societies and cities so that they can be more carbon-efficient, and also safer and more pleasant places to live.

Should governments be investing more into solutions for climate change?
Currently, I feel that governments are making promises about meeting warming targets without backing it up with sufficient effort to begin the transition to a cleaner future. However, public pressure is meaning that the climate problem is now much higher up on the political agenda compared to even a few years ago, so there is renewed hope for meaningful change in the near future.

We urgently need to invest in renewable energy systems, so that we get our energy from the wind, the sun, and tidal barrages. We need to drive forward this transformation across our society so that we rely far less on black carbon and operate in different ways.
In the past, we have successfully dealt with environmental challenges. Climate change is probably the most complex challenge that we have been faced, but if this was made the top priority, as saving the banks was only a decade ago after the global financial crisis, then solutions could be found. But it will require paying more and changing our lifestyles.

The UK has been making positive noises. As Prime Minister, Theresa May signed up to the UK moving to net zero carbon by 2050. In addition, the cost of renewable energy has dropped over the last decade, making solar power and offshore wind much more competitive and strengthening their contribution to our national energy production mix. We now need to be developing and driving forward solutions to make our future carbon neutral.
Where can our readers find more information about your research?

For further information, readers can watch our animations on our YouTube channel – OceanClimateatUoL