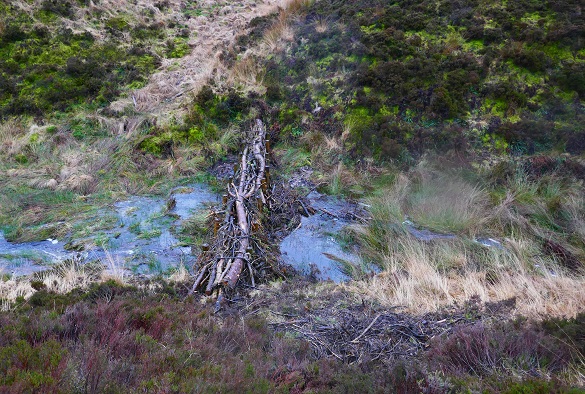 The University of Liverpool is providing expertise to a new study which is piloting pioneering solutions to improve resilience to flooding.

The pilot study site is an upland site of moorland and woodland located near Bolton and more than 25 different flood prevention measures are being piloted, as well as new findings being gathered at the Woodland Trust-owned Smithills site.

In light of predicted changes in extreme weather patterns due to climate change, the research is bringing in expertise from the University’s School of Environmental Sciences and is being carried out in partnership between the Woodland Trust, Mersey Forest and the Environment Agency as part of the *Natural Course project.

The aim is to see the effectiveness of flood prevention measures on upland areas which are near big populations – and the research could influence flooding decisions UK wide.

The Smithills site is the ideal place to test such measures as it raises above the town of Bolton whose homes could become at risk during a large, rare flood event.

Tracey Garrett, from the Woodland Trust, said: “Smithills is a mixture of moorland land, grassland and woodland. The site rises up to 456m above sea level and borders a big urban area. The research is all about discovering the effectiveness of flood prevention measures upland and how these can help alleviate the possibility of flooding in the lowlands.”

The scheme is the brainchild of Michael Norbury at Mersey Forest, who is also an honorary resesearcher in the University of Liverpool,  and David Brown at the Environment Agency and funding came as a result of a successful bid from DEFRA.

The Mersey Forest formed a partnership with researchers in the University of Liverpool’s School of Environmental Sciences and the team began gathering data in January 2019 and will continue until at least March 2021.

At the site, measures such as leaky dams (living log jams) were placed in strategic locations in the uplands – these are stepped living log sections created to slow flow and soak up water and data began to be gathered on water flow changes. Other measures include wetlands and scrapes (shallow excavations to let water hold into the landscape) and dams made of peat or seedless rush bales (from nearby farms as part of their farm management). It’s early days but so far the measures are producing positive results by reducing levels of excess water. 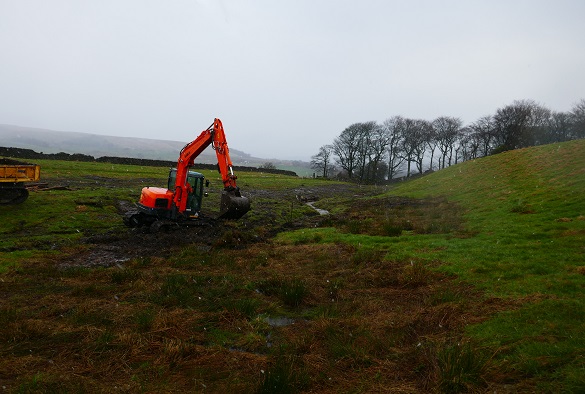 An unexpected but very positive outcome of the measures has been on the wildlife and high water levels, according to recent survey evidence. The new environments created have attracted the likes of the keeled skimmer dragonfly to the area – believed to be the first ever sighting in Greater Manchester of this elusive insect. The Woodland Trust and Mersey Forest hope similar such discoveries will be made in the future.

Mike said: “It is also about making the site more robust and able to cope with heavy rains or droughts, which are expected due to climate change. By wetting more extensive areas of land; patches of the landscape may be more resilient to fire and also slow the flow during downpours.”

The Woodland Trust bought the Smithills site in 2015 with the aim of restoring the moorland, planting more trees – it has planted 140,000 so far, as well as creating an integrated landscape plan. At 684 hectares, it is its largest site in England.

In 2018, it battled through one of its biggest challenges when fires swept through the site and damaged over a third of it. Since then it has been looking to see how the site can better cope with extreme incidents – fires and flooding being two of these.

More about the site is here: https://www.woodlandtrust.org.uk/visiting-woods/woods/smithills-estate/ 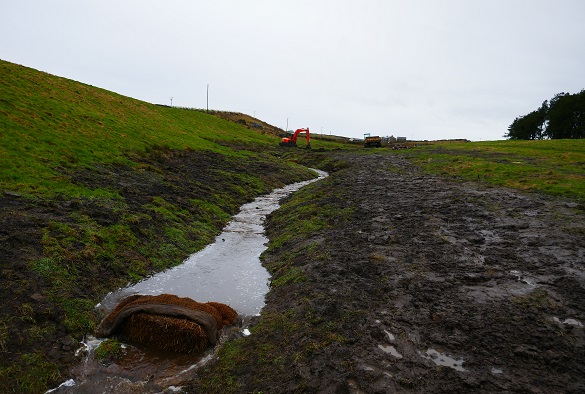