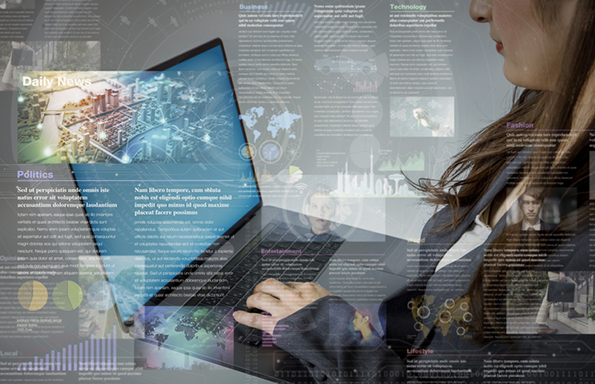 A significant proportion of young people – often identified as “digital natives” – have the weakest understanding of how their data is harvested online and used, according to research by the University of Liverpool.

The preliminary results of the University’s Me & My Big Data project – funded by The Nuffield Foundation – suggests that more than half of the demographic (54%) widely regarded as being among the most savvy online operators are actually in one of the two groups with the lowest levels of data literacy; alongside ‘Limited Users’ of the internet, usually over the age of 55.

The study found that the vast majority (70%) of those it calls ‘Social and Media Users’ – 51% under the age of 24, mostly engaging with social and entertainments media – don’t want to share their data but feel they have no choice but to do so to access services and social media, despite only 18% trusting those platforms to protect their personal information.

Among that group, the study also found:

Of that group, 55% trust their friends’ social media content but only 10% have explained or shown others how to stay safe online.

Report author and lead investigator, Professor Simeon Yates said: “Our report suggests Social and Media Users have almost as limited an awareness of the use of their data by platforms as Limited Users.

“Given that this group is 17% of all users and consists mainly of young people, with lower educational attainment from lower income households, we are concerned that they will remain disadvantaged in their data literacy into later life.

“This result undermines the idea of the ‘digital native’”

The survey was carried out between August and September 2019, to investigate what previous studies have shown is UK citizens’ lack of robust understanding of how their data is being shared with digital platforms, and the uses to which it is put.

It ranks each group’s proficiency across three key areas.

Data Thinking relates to critical understanding of data, such as implementing privacy settings; Data Doing is everyday engagements with data and activity, for example, citing data sources; and Data Participation concerns each proactive engagement with data and the accompanying networks of literacy, such as helping others with data literacy or the ability to utilise data for civic action.

In an increasingly digitized information landscape, a lack of digital literacy can open people up to risk, but it can also limit capacity to be active and engage with society in a meaningful way.

Professor Simeon Yates added: “Although both of our Extensive Users show relatively high levels of data thinking and data doing, even they show low absolute levels of data participation.

“None of our groups show evidence of deep engagement with data as part of their personal and civic lives, and crucially, differences in digital literacy appear to mirror other indices of inequality.”

The Me & My Big Data project is due to report fully later in 2020, and also involves University of Glasgow, Sheffield Hallam University and Good Things Foundation. To read the full preliminary report, please visit www.liverpool.ac.uk/media/livacuk/research/heroimages/Me-and-My-Big-Data-Report-1.pdf