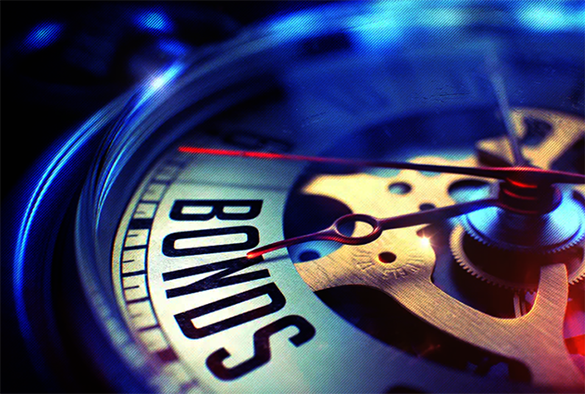 The range of forecasts about how the coronavirus will affect the world economy is so wide that you question their usefulness. For example, the IMF predicts that the UK will contract 7.5% in 2020, while the UK’s own Office for Budget Responsibility thinks it will be 13%. Meanwhile the OECD believes that each month major economies spend in lockdown will remove two percentage points from their annual GDP growth.

Issuing a wide range of predictions is bound to make one forecaster get it right, I suppose. Maybe they ought to learn from the 1665 plague of London, where Daniel Defoe noted that all predictors, astrologers, fortune tellers and “cunning men” did disappear from the streets. It’s tempting to think they all realised their professions had nothing useful or optimistic to report at the time.

Yet if we cut through today’s forecasts, two things appear certain. First, the deeper the recession, the longer it will take to recover. It’s basic mathematics that a recession of 10% in 2020 will require 11.1% growth in 2021 for GDP to return to its pre-coronavirus level.

Second, the heavy government spending to stave off the worst lockdown effects will balloon debt levels and fiscal deficits. Eurozone debt as a proportion of GDP looks to be heading north of 100%, for instance, with the likes of Italy and Greece facing much worse.

Hence governments need to look very carefully into how they might pay back these debts. One idea is to issue GDP-linked bonds. Normally the bonds that governments issue to borrow money have a set rate of interest that gets paid out at fixed intervals – say 1% a year paid every month for ten years.

In contrast, the interest due on GDP-linked bonds would go up or down with the issuing country’s economic performance. When GDP growth was weak, its debt-servicing costs would decline. The ratio of its debt to GDP would therefore rise less sharply during a downturn, thus reducing the need for austerity to reduce the debt pile later.

On the other hand, when GDP growth was strong and tax revenues were booming because everyone is making money, the debt-servicing costs would increase. So a country pays more when it can afford it, and less when it can’t.

This should benefit both governments and bond investors, since more stable government debt should make defaults less likely. It should also reduce the need for international bailouts. Yet despite this win-win, there would still be a risk for investors with these bonds. In a severe recession where GDP falls by once-in-a-century levels – hello 2020 – investors’ interest payments would be much lower.

In short, GDP-linked bonds are essentially an insurance policy for governments. Like any insurance, the market would insist on a “GDP risk premium” to be added to the cost of the debt. This would have to be low enough to persuade governments to issue these bonds, but high enough to persuade investors to buy them. The benefits on both sides would hopefully ensure a middle ground.

Inevitably, the premium would vary by country. Greece would pay more than Germany, for example, since Greek GDP growth has been almost three times as volatile as Germany’s in recent years. For this very reason, the Greeks would be more attracted to GDP bonds. Yet the coronavirus has demonstrated that even the richest countries can suffer terrible economic shocks, so these bonds should be attractive across the board.

A different complication is that initial GDP estimates are often revised later. You might think a government is paying out on a 3% rise in GDP only for a correction that says it is paying out on 2%. There are two possible solutions. One is for debt repayments to be linked to the previous year’s GDP, to allow time for such revisions. Alternatively, governments could use the the current year’s GDP and then adjust a following year’s repayments if the first year is revised.

Another danger is that these bonds incentivise governments to report lower GDP in order to pay less to investors. But most governments need to be re-elected. This arguably makes them more likely to overestimate GDP than to underestimate it.

One other issue with risk premiums is that if the country that first adopted this type of borrowing had a reputation for debt problems, investors might take it as a sign it couldn’t afford to repay its debts. If so, investors would probably insist on a substantial premium and the bonds might never get off the ground.

To remove this first-mover stigma, wealthier countries should take the lead in issuing these bonds. And the more countries that issue them, the more the premiums would fall everywhere, since investors could hedge their bets by exposing themselves to multiple countries’ GDP at the same time. Given that investors would probably insist on higher risk premiums for GDP bonds issued during the current crisis, it is all the more important that countries act in unison.

I am certainly not the first to suggest GDP-linked bonds. A recent letter to the Financial Times noted that G20 finance ministers and central bank governors agreed three years ago that such bonds could improve public finance. Since then, a report on the bonds might work has been published by the Centre for Economic Policy Research.

The reason these bonds have never yet come to fruition is probably that governments don’t normally predict the bad times ahead that would justify insuring themselves in this way. But with the pandemic in full swing, and forecasters queuing up to predict economic disaster, now is the ideal moment.