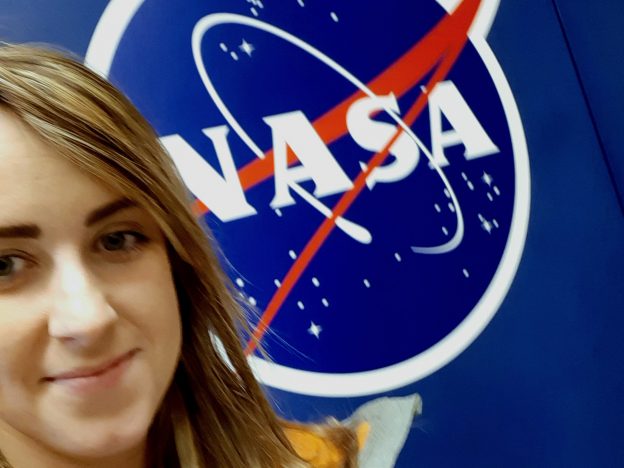 Marie Farrell is a Research Associate in the University’s Department of Computer Science:

Earlier this year, I visited San Francisco to undertake what promised to be, a fun and exciting secondment to NASA Ames Research Center in California’s Silicon Valley. Thankfully, I wasn’t alone for my first few days. Dr Louise Dennis came with me to help to kick-start my research journey at NASA. To be honest, the most daunting part of the entire trip was learning to drive on the other side of the road, and for that I was really glad to have Louise as co-pilot. Although I’m sure that I nearly gave her a heart attack on multiple occasions.

On my first day, Guillaume Brat met Louise and I in the NASA Ames Visitor Centre to escort us onto base. However, it transpired that my badge was not ready yet and that Guillaume’s escort badge had expired so we were banished to the coffee shops in Mountain View for a couple of days until the paperwork was sorted out.

Fortunately, Guillaume was able to arrange for some of the researchers in his group to come out and meet Louise and I for coffee so that we could begin to investigate some promising research directions. A few days later, I finally had a visitor pass and we were escorted in the main gates.

I presented some of our work on the FAIR-SPACE hub at a meeting of the Robust Software Engineering group and we continued to meet with various members of the research group. Later that day, I brought Louise back to the airport. I was now alone but Michael Fisher would visit in a few weeks to make sure that everything was going well. Over the next few weeks I was placed in a downstairs lab which is usually used for summer interns but, given the time of year, I was on my own.

This gave me lots of time to read the many papers that the researchers at NASA had kindly shared with me and every so often someone came down for a chat. At this point I was still on a visitor pass so Guillaume had to escort me everywhere and he was kind enough to make sure that I always had someone to go to lunch with.

After a week or two of escorting, I finally got a “hard badge” and felt like part of the NASA family. I had also been working more closely with Anastasia Mavridou, Hamza Bourbouh and Irfan Sljivo at this point. In fact, they made space in their upstairs office for me so that I could sit and work with them, Jonathan Menzies and Mohammed Hejase. Anastasia took me to the gym and I joined their running group, which was difficult at first but I got the hang of it eventually. This was probably a good thing since we went out for lunch every day and the American-sized portions were getting the better of me.

We were mainly focused on two rover case studies. One was the R-RAV rover being developed at NASA. In this project, the rover represents an aircraft whose aim is to autonomously follow the centerline on a taxiway.

The second rover case study, InspectionRover, is one that we began exploring at Liverpool. The aim of this rover is to inspect particular points of interest in a given grid while avoiding obstacles and recharging as required. I had presented this basic example in the talk that I gave when I arrived and quite a few people at NASA were interested in exploring it further and trying out their tools with this case study in mind.

Unfortunately, my trip had to be curtailed due to the ongoing global COVID-19 pandemic and I returned home. I never really got a chance to thank everyone at NASA for making my visit so much fun but I appreciated every moment of their time and perhaps I can visit again when the world is a bit healthier. In the meantime, we are continuing to collaborate as much as possible via video link but I do miss the California sun! 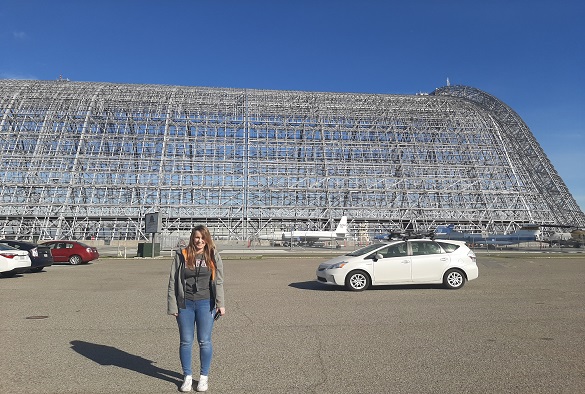