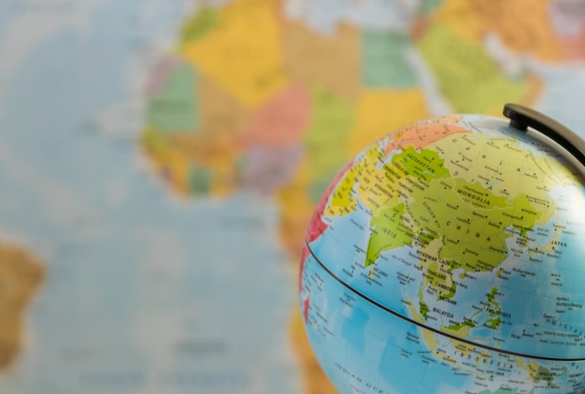 University of Liverpool researchers have published new estimates of the global prevalence of hepatitis D, and are calling for more efforts to tackle the ‘forgotten’ virus.

In a study published in the Journal of Hepatology, Professor Anna Maria Geretti and Dr Alexander Stockdale, in collaboration with researchers from the World Health Organization (WHO) in Geneva and International Agency for Research on Cancer (IARC) in Lyon, estimate that worldwide, hepatitis D virus (HDV) affects nearly 5% of people who have a chronic infection with hepatitis B virus (HBV) and that HDV co-infection could explain about 1 in 5 cases of liver disease and liver cancer in people with HBV infection.

To map the epidemiology of HDV infection in the world, Professor Geretti and Dr Stockdale joined forces with the WHO Global Hepatitis Programme and IARC, alongside investigators in Germany, Malawi, and the United Kingdom. “Infection with HDV occurs in about 1 in 22 cases of chronic HBV infection in the world,” Dr Stockdale says. “More high-quality data are needed, but we have identified several geographical hotspots of high prevalence of HDV infection: in Mongolia, the Republic of Moldova, and countries in Western and Middle Africa.”

“Although it is less common than hepatitis B, hepatitis D is a serious disease that often affects underprivileged and vulnerable populations,” says Dr Meg Doherty, Director of the WHO Global Hepatitis Programme. Those who are more likely to have HBV and HDV co-infection include people who inject drugs and people with hepatitis C virus or HIV infection. The risk of co-infection also appears to be higher in recipients of haemodialysis, men who have sex with men, and commercial sex workers. Dr Doherty points out, “This information helps in identifying the groups with HBV among whom we should be looking for HDV.”

HDV (formerly known as the Delta agent) is a small virus – one of the smallest that is known to cause disease in humans – and can replicate only in the presence of HBV, from which HDV borrows some of its structures. Compared with people with HBV infection alone, those who have a chronic infection with both HBV and HDV have a much higher risk of developing disease in the form of cirrhosis and liver cancer. “HDV is a significant contributor to severe liver disease and liver cancer,” says IARC scientist Dr Catherine de Martel. “The findings from this study inform our work on the association between viral infections and cancer, which is focused on developing improved prevention strategies.”

Professor Geretti concludes, “HDV has long been neglected, because for decades the prevalence of infection remained uncertain and effective treatment was lacking. Mapping the epidemiology of the infection is just the first step. More efforts are needed to reduce the global burden of chronic hepatitis B and develop medicines that are safe and effective against hepatitis D and are affordable enough to be deployed on a large scale to those who are most in need.”