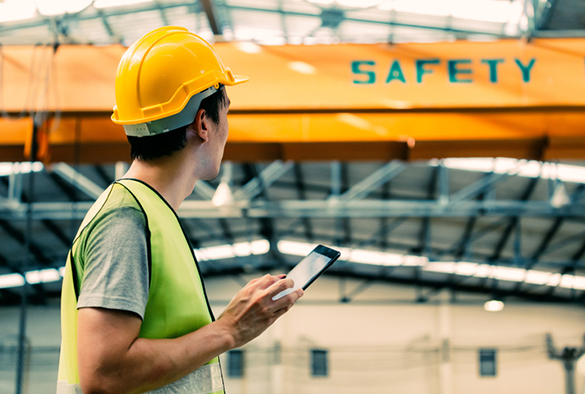 The UK’s approach to health and safety in the workplace is among the worst in Europe, according to new research from the University of Liverpool.

In International Health and Safety Standards after Brexit – commissioned by the Institute of Employment Rights (IER) – academics Dr Andrew Moretta and Professor David Whyte find the UK government ranking alongside Saudi Arabia, North Macedonia and Cameroon when it comes to protecting workers.

Each of these countries has ratified just six of the 36 up-to-date health and safety Conventions put forward by the United Nations’ International Labour Organisation (ILO) – fewer than one in five.

And despite having taken a leading role in the development and support of international labour law in the first half of the 20th Century, the UK’s current commitment to ILO health and safety standards exceeds only that of Romania and Estonia among all EU Member States, according to the new analysis.

Report co-author, David Whyte, Professor of Socio-Legal Studies in the University’s School of Law and Social Justice, said: “The idea that health and safety has ‘gone mad’ has become a modern British myth. All evidence points in the opposite direction.

“When compared with other EU member states, the UK’s willingness to comply with ILO standards ranks 26th out of 28 nations. In one particularly prescient instance, the UK government refused to sign to a Convention because it objected to being obliged to provide workers with PPE.

“The misrepresentation of health and safety law as ‘red tape’ or a ‘burden’ has proven convenient for free-market policymakers interested in reducing the cost to business of protecting workers.

“The result has been a green light for corner-cutting, penny pinching employers and the encouragement of employment practices that put profits before workers’ lives.”

Report co-author, Dr Andrew Moretta, in the University’s School of Law and Social Justice, said: “Not only have our health and safety laws been weakened, but their enforcement has been stymied by crippling funding cuts to the Health and Safety Executive and local councils.

“Since changes to the regulations in 2011,which saw the government arbitrarily designating most workplaces ‘low risk’, there have been 31% fewer HSE inspections of workplaces and 35% fewer inspections by Environmental Health Officers.

“The UK has a very poor record of support for the international and regional treaty instruments that we may well find ourselves looking to in the future when our already hopelessly inadequate occupational health and safety regime comes under further attack.”