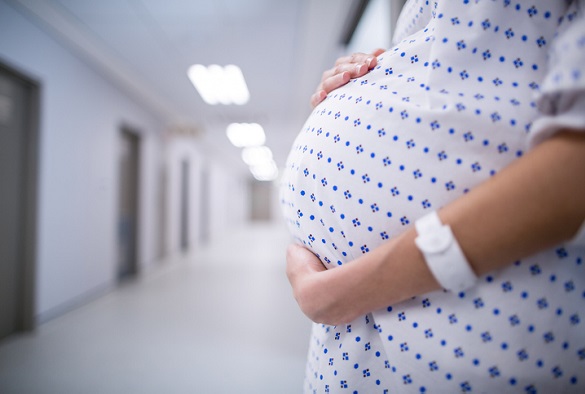 A new Liverpool led study, published in The Lancet HIV, addresses an important knowledge gap around the management of women who start HIV treatment in late pregnancy, with the ultimate aim of reducing mother to child transmission of HIV (MTCT) and maintaining maternal health.

DolPHIN-2, a consortium led by the University’s Department of Molecular and Clinical Pharmacology in partnership with the Global Health Trials Unit at the Liverpool School of Tropical Medicine, seeks to reduce MTCT of HIV during pregnancy, childbirth, and breastfeeding in women most at risk of transmitting the virus. Other members of the DolPHIN-2 consortium include the Infectious Disease Institute in Kampala, the University of Cape Town, the Desmond Tutu HIV Foundation, Cape Town and Radboud University, Nijmegen.

Around 1.6 million women living with HIV become pregnant each year. Without antiretroviral therapy, the rates of MTCT range from 15 to 45 per cent. With current HIV treatment this risk can be reduced to below five per cent, provided treatment is started early in pregnancy.

However, a significant number of pregnant women in sub-Saharan Africa present late to maternity services, often in the last three months of pregnancy where current first-line therapy does not have sufficient time to act to prevent infant transmission. This late initiation of HIV treatment has been associated with a seven-fold higher risk of infant transmission, and a doubling of infant mortality in the first year of life.

A new drug, Dolutegravir (DTG), has been shown to act much more quickly than current recommended therapy in non-pregnant adults. DTG rapidly reduces the amount of HIV in blood in the first months of starting treatment, and thus potentially has considerable advantages in preventing infant transmission from mothers who start treatment with less than three months remaining until delivery. However, the safety and efficacy of DTG in pregnant women was unknown, and this lack of knowledge was a major barrier to its widespread use in pregnancy.

The DolPHIN-2 Consortium implemented a large clinical trial among 250 women starting HIV treatment in late pregnancy in Uganda and South Africa, where mothers were randomised to receive a DTG-containing regimen compared with standard-of-care treatment.

Professor Saye Khoo, Principal Investigator, University of Liverpool, said: “Mother-to-child transmission of HIV is preventable, and we have a duty to ensure the burden of HIV is not handed down across generations. Over 100,000 babies acquired HIV last year worldwide.

“We have both a moral imperative to make new treatments available and affordable. These results highlight the highly significant difference in how fast each drug drove the virus out of the blood. This is extremely important as many women in Africa find out they are infected late in pregnancy, and it can be hard to prevent them from infecting their babies.”

Professor Miriam Taegtmeyer, Liverpool School of Tropical Medicine, said: “As health systems around the world transition to DTG as a first line drug the data from this study are vital in reassuring Policymakers that women presenting late in pregnancy will have access to a drug able to rapidly suppress their viral load.”

CEIDR is a joint enterprise bringing together the expertise of the University of Liverpool and Liverpool School of Tropical Medicine to minimise the impact of infectious diseases on human health.

More information about the study can be found here.

Zaina, one of the DolPHIN 2 study participants, discusses why she decided to take part in the DolPHIN 2 trial, and shares her experience of the study