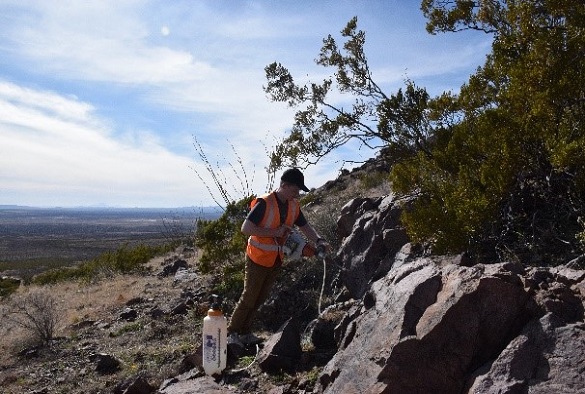 Michael Grappone, a PhD student with the University’s Geomagnetism Laboratory spent some time in New Mexico earlier this year as part of his field work:

Now that my PhD is finally coming together and will be submitted soon, I’ve begun working on the next steps. Namely, I want to study older rocks than in my PhD (60 years old to 330 million years old); the time period that piques my interest is one I’ve looked at before for my Master’s thesis- ranging in age from 440 to nearly 500 million years old- the Ordovician.

I previously looked at changes in the magnetic field’s polarity during this time period, but now I want to see how the strength of the Earth’s magnetic field changed during this same time period. To do this, I mainly need volcanic rock, but there are only a handful of outcrops in the world.

In search of these rocks, my colleague, Dr Annique van der Boon, and I decided to go to the Florida Mountains, which are, of course, in New Mexico, USA.

As with most of the western half of the United States, these mountains are a complex collection of federal (Bureau of Land Management; BLM), New Mexico state, and privately-owned land. As one can imagine, in the weeks before coming out here, I had spent a few hours in meetings with the various stakeholders. On the plus side, it meant I was already more adjusted to the New Mexico time zone! 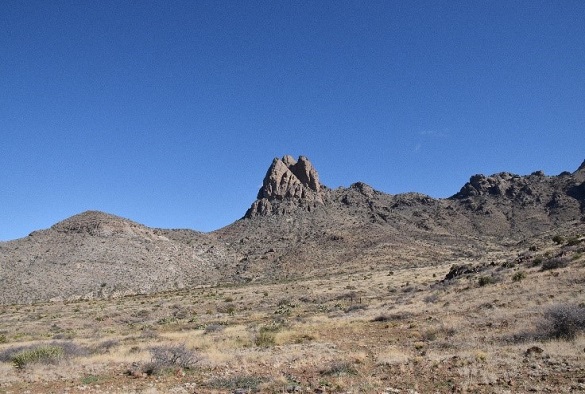 The first set of sites came from the BLM-administered wilderness study area, which constitutes a majority of the land area. These areas are pretty cool actually, as the goal is to preserve them, free of any human interference. Because of these rules, at these sites we were only allowed to take blocks of rocks as long as the removal wasn’t obvious.

These are hand samples, since we took them by hand, and they fit into our hands, haha. We did our best to keep it that way and took out everything we took in (especially the delicious olive bread we bought for our sandwiches).

Speaking of olive bread, the one thing we really were not lacking this trip was food.Every morning, we had breakfast at the hotel restaurant, where the standard fare was either a breakfast burrito, smothered in, as they called it, red or green (chili sauce), or an omelet with a pancake on the side. A proper American-style fluffy pancake no less. After each breakfast, we fine-tuned our plan for the day and gathered the tools needed.

When we were just taking hand samples, we didn’t need much, but when we went drilling, we needed a lot more, like the drill and the water used as a lubricant against the rock.

The next set of sites we visited were on private land. Since we had had to contact each owner individually, on some pieces of land we could drill rock cores, on others we could only take hand samples. Not too much of a problem there; we just had to keep track of whose land we were on, which was made significantly easier through GPS-based maps apps. Annique and I aren’t really sure how anyone did field work before these. 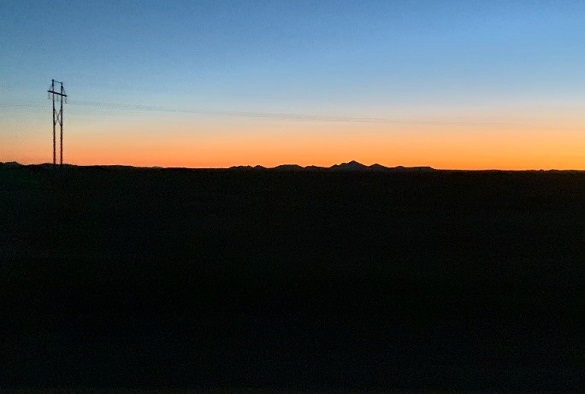 Since it was February, it was low season in Deming, so we never had any wait in any of the restaurants (or have more than a dozen other people in them). It also meant that some days there are basically no clouds to speak of, and we get treated to beautiful sunsets just after 6 pm every day.

Even on days that have clouds, it’s not really particularly cloudy. Although it’s really obvious when the cloud is blocking the sun; the temperature drops by probably 6 degrees. That’s the desert for you!

We had a completely separate set of negotiations with the New Mexico State Land Office. They were really excited to work with us and were happy to let us drill on their land. The entire process took two weeks but went really well! We ended up getting over 120 drill cores from state land, over 5 days of drilling. 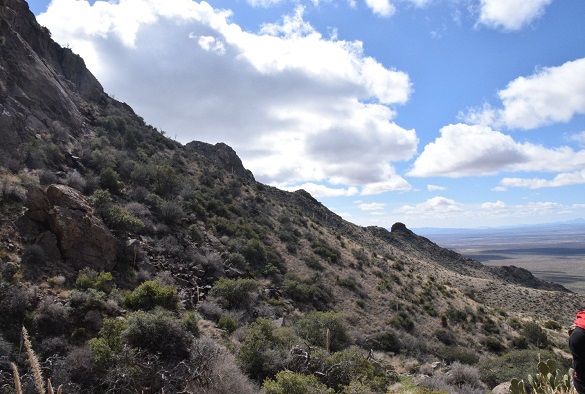 Now that a couple months have passed, and despite being in lockdown, Annique and I managed to measure a handful of sites, and some preliminary results are in!

We’ve been able to identify a magnetic direction, in the same direction as the current magnetic field, common to all the sites. We also have found in one of the sites a characteristic direction similar to the direction originally identified 30 years ago, so once the current crisis is over, the future is bright for the project!