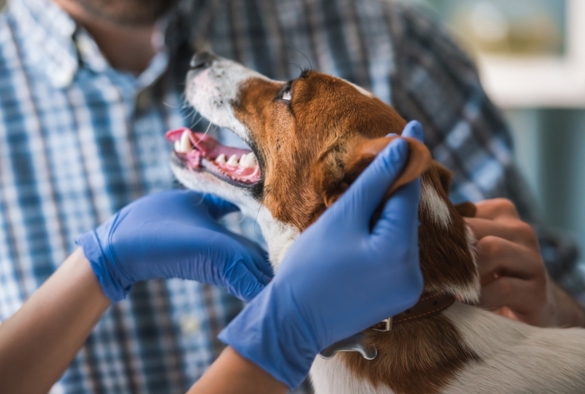 For pet owners and veterinarians, a new study focused on developing a novel vaccine for heartworm may turn out to be a significant step forward in combatting this deadly parasitic infection.

Researchers at the University of Liverpool, funded by the Morris Animal Foundation, are identifying key proteins as the basis for a canine heartworm vaccine. If successful, the vaccine could provide protection against heartworm disease and help combat the growing threat of drug resistance to preventive heartworm medications.

“Currently, there are very few options for the sustainable prevention of heartworm disease in the likely event that drug resistance continues to spread,” said Dr Ben Makepeace, Reader at University of Liverpool and principal investigator on the study. “If we don’t find an alternative, then treating established adult worms will be very difficult in dogs.”

Heartworm is caused by the parasitic filarial worm Dirofilaria immitis (D. immitis) and can be fatal if not treated promptly. Heartworms spread as larva from host to host through mosquito bites. Once mature, the worms cause inflammation of the blood vessels and can block blood flow, leading to pulmonary thrombosis (clots in the lungs) and heart failure, as well as liver or kidney failure.

The research team previously identified how other filarial parasites similar to D. immitis avoid destruction by producing a protein that blocks a key pathway alerting immune systems to their presence. The team also identified a second protein that prevents T-cells, important white blood cells, from attacking the parasites. This powerful one-two punch cripples the host’s immune system, allowing the worms to flourish.

The team suspects the same proteins produced by D. immitis have a similar effect in dogs. In this study, the team first will confirm this theory. The researchers will then test how different surface proteins on immature worms interact with white blood cells from donor dogs to see which proteins optimally stimulate a dog’s immune system.

This work, if successful, could lay the groundwork for vaccine development, eventually progressing to clinical trials in dogs to test the candidate vaccine’s safety and effectiveness. Dr Makepeace hopes that his results also could be applied to cats.

“An eventual heartworm vaccine would be highly beneficial for canine health as current preventive methods can be costly and rely on owner compliance,” said Dr Janet Patterson-Kane, Morris Animal Foundation Chief Scientific Officer. “A vaccine would also address the growing problem of drug resistance, which is of great concern to both pet owners and veterinarians.”

This study was made possible by the American Heartworm Society, which aims to further scientific progress in the study of heartworm disease and encourage and help promote effective products for the prevention, diagnosis and treatment of heartworm disease.

“We are proud to partner with Morris Animal Foundation to fund this study and hope it can finally lead to a needed vaccine,” said Dr Tom Nelson, Research Chair on the Society’s board of directors and a past president. “The first definitive evidence that dogs could be immunized against heartworm infections was published in 1974. Over the ensuing 25 years, numerous attempts to produce a heartworm vaccine were attempted, but none succeeded in obtaining the level of protection achieved with the macrocyclic lactones of today’s heartworm preventives. Fast forward another 20 years, and researchers today are working on a new approach.”