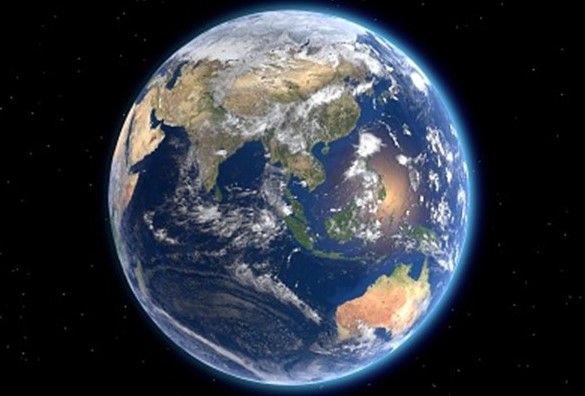 University of Liverpool scientists are part of an ambitious research project to map conditions underneath the surface of the Earth in unprecedented detail.

Combining state-of-the-art technology with the latest high-performance computing, the University is part of a team of nine universities, led by Cardiff University, that aims to create the very first 4D maps of the Earth’s mantle – a huge layer of slowly moving rock that sits beneath our surface.

This circulation of rock has quite literally shaped the world we live in today, from our islands and continents to our mountain ranges and ocean floor ridges, and therefore holds the blueprint for how our planet has evolved.

The team aims to create computerised maps of the flow of the Earth’s mantle over the past 1 billion years, representing the temperature, density, and velocity of the mantle over that time period, providing a complete 4D model.

Professor of Palaeomagnetism, Andy Biggin, who heads up the University’s Geomagnetism Laboratory and the Determining Earth Evolution from Palaeomagnetism (DEEP) research group, is leading Liverpool’s involvement in the project. He said: “It is extremely exciting that we will contribute to this ambitious and highly multidisciplinary project aiming to produce the world’s most realistic dynamical models of circulation within Earth’s mantle.

“Any self-consistent model of motion in Earth’s thick rocky layer would be incomplete if it did not also plausibly account for observed changes in the planet’s magnetic field generated in the underlying core. The role of the Liverpool’s DEEP team will be to generate state-of-the-art palaeomagnetic records and models to provide this critical constraint.”

The theory of plate tectonics, the division of Earth’s outer shell into several gliding plates, has revolutionised the sciences and allowed us to truly understand the motion of Earth’s surface.
Yet, plate tectonic theory does not tell us about the processes deeper in the Earth that drive plate motions, nor does it explain some of the most dramatic events in Earth history, such as the breakup of plates, the outpouring of huge volumes of lava and mass extinction events.

The Earth’s mantle functions like one giant plumbing system where heat is transferred up from the hot core to the surface and then back again, in one big cycle.  This transfer of heat via upflow and downflow, known as upwelling and downwelling, is facilitated by the rocks in the mantle which move at extremely slow speeds – roughly the same speed that a fingernail grows.
The process of upwelling, the movement of heat up from the core, remains much of a mystery to scientists, particularly how it correlates with the movement of tectonic plates, and will be the main focus of this research project.

Upwelling is also of great interest to scientists as there are regions or ‘hotspots’ on the surface of the Earth where it has historically resulted in the outpouring of huge amounts of lava, ashes and gases into the atmosphere that have had devastating impacts on life on Earth.

These areas, known as Large Igneous Provinces (LIPs), are now seen as deposits of igneous rocks that can cover thousands of square kilometres and are hundreds of meters thick.
For example, the Deccan Traps, an LIP that covered a large part of India, was partly responsible, together with a major meteorite impact in Mexico, for the demise of the dinosaurs, whilst another LIP, the Siberian Traps, was responsible for the largest extinction event ever of life on Earth.

As part of the study, the team will for the first time have access to a record of plate motion of the past 1 billion years of Earth’s history. This data will be combined with seismic imaging from earthquakes that have happened in the past and that are currently occurring, which will provide information on the speed at which seismic waves move through the mantle and therefore act much like a medical scan and provide an ‘image’ of the interior.

Professor Davies added: “By combining all of this information, we will have a much clearer understanding of how our planet works. The 4D visualisations that the project will produce will be of great interest to a wide variety of research areas and industries, from the exploration of mineral resources to understanding how large-scale events in the past shaped our climate and therefore underpin more robust predictions of future climate change.”

This project continues a close collaboration between Liverpool and the University of Leeds working to explain past variations in the long term behaviour of Earth’s magnetic field which has been supported by The Leverhulme Trust and NERC.

Professor Biggin will manage one of the three work packages of the project – Evolution of mantle flow – which combines dynamic topography, geochemistry, petrology and geomagnetism to provide time-dependent constraints on the models generated.