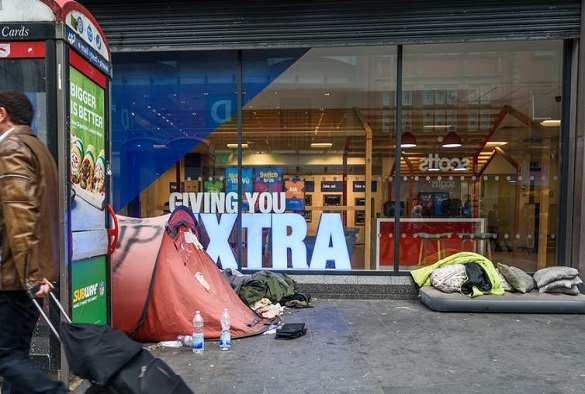 Abi O’Connor is a PhD student in the University’s School of Law and Social Justice. This article was first published by `The Conversation’.

Thanks in part to a rich cultural and sporting heritage Liverpool is an internationally renowned city. But the municipal authority has a £44 million (US$54m) funding black hole and is on the brink of bankruptcy. The city’s latest financial woes are a result of the coronavirus crisis, as the UK government backtracks on promises of funding.

However, like the pattern of illness, the financial impact of the pandemic has not been evenly spread. It has amplified existing inequalities, including in Liverpool, which has the highest number of the most deprived areas in the UK.

The disproportionate impact on Liverpool is the latest trial for the city, which has suffered repeated financial setbacks as a result of a long history of stigmatisation. My academic research traces decades of stigma to explore how this affects urban deprivation and governance in Liverpool.

In the UK, Liverpool has long been portrayed as deviant and degenerate. The reporting of the 1981 Toxteth riots painted Liverpool as toxic and disorderly. This resurfaced in much media coverage of the Hillsborough disaster, which blamed Liverpudlians for the deaths of 96 innocent lives. This portrayal, not helped by the actions of the criminal justice system and UK governments, has left tangible scars in the city.

Such stereotypes have been coupled with degrading caricatures of the “scouser” in TV and film, such as Harry Enfield’s infamous “calm down” sketch. These portrayals determine understandings and treatment of the city today.

Liverpool is subject to what is known as a “blemish of place”. This means that vilification constructed by the media and in political and public life has resulted in real socio-economic decline.

The reproduction of discrimination by government decision-makers has terrible consequences. Long-term stigmatisation can become a governing strategy. Infamously, Margaret Thatcher’s administration advocated for the managed decline of the city.

This pattern has continued. Currently, ten of Liverpool’s 30 wards contain an area ranked among the most deprived 1% in England. Despite this, Liverpool has shouldered a disproportionate level of spending cuts enforced from central government.

Between 2010 and 2019, Liverpool’s budget has been cut by 63%. In real terms, this equates to more than £800 per household. This is compared to an increase in funding of more than £100 per household in Oxford, for example. While other cities such as Manchester and Nottingham have also experienced unequal distributions of cuts, Liverpool is substantially worse off.

These cuts have had significant impacts. Liverpool has suffered more than 2,500 redundancies, a £350 million reduction in funding for educational programmes and a significant squeeze on social care and homelessness support.

To cope with the desperate need for welfare provision among the city’s most vulnerable, Liverpool’s leaders have been forced to embrace privatisation. The city has been seeking commercial investments, selling off assets and outsourcing public services to private investors.

The failure of the controversial Housing Market Renewal scheme is a case in point. The scheme saw working class communities moved out of their homes to allow for regeneration which never materialised, and left empty lots across the city. To remedy mass dereliction, Liverpool council sold vacant houses to owner-occupiers for £1. As further funding reductions gripped the city, streets remained abandoned, before being possessed by private investors to rent for profit.

The protection of public services has been largely replaced by an emphasis on the need to invest in productive capital, which promises to rescue the city from long-term decline. For example, council-led use of compulsory purchase orders in Anfield made way for Liverpool Football Club’s stadium expansion. This prioritisation of economic revival resulted in the uprooting of long-standing communities. It was justified by the need to re-brand and renew another area left to decline by the Housing Market Renewal scheme.

The position of the city council has become clear. It has been managed into decline like a failing business by central government policy. It is at the mercy of private financial gains and now a global pandemic, to the continuing detriment of its people.

Liverpool cannot hope that the current government is free from the influence of its historic stigma. Boris Johnson, the UK prime minister, published an article when he was editor of The Spectator magazine that claimed that the city had an “excessive predilection for welfarism and victim status”.

The council’s reserves were almost exhausted even before the arrival of the coronavirus pandemic. Now, as the city battles high rates of coronavirus infection, sustaining financial cuts risks further deaths as the council must choose which vulnerable groups to support.