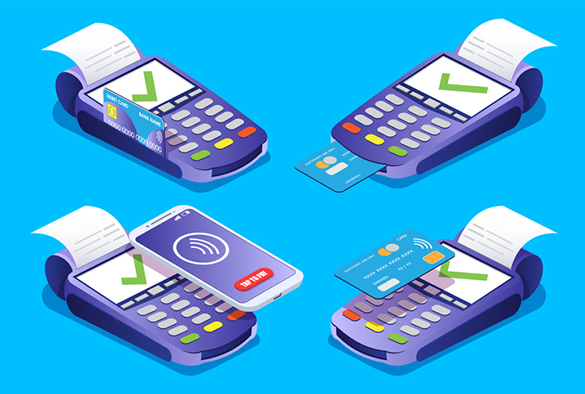 For those of us who have braved a high street of late, the familiar ‘Contactless Only’, ‘Card Only’ or ‘No Cash Accepted’ signs are typical on the doors of many businesses. According to a recent statement by Lothar Wieler, the head of Germany’s Robert Koch Institute (RKI) for infectious diseases, virus transmission through banknotes “has no particular significance.” The porous nature of the majority of paper money means that the droplets from a sneeze are not easily transmitted by banknotes, although coins and cards may pose a higher risk, as reported by Reuters in March.

Nonetheless, the UK Government has advised British businesses to encourage customers to pay using card, particularly contactless, rather than cash. This advice has also been corroborated by the World Health Organisation and the UN, the latter explaining that the virus may cling to the surface of banknotes for “a number of days”. Indeed, back in February Chinese authorities stipulated that all banknotes should be disinfected to mitigate the risk of spreading COVID-19, whilst also removing banknotes from circulation in virus hotspot areas.

Despite these mixed messages, it is clear that our relationship with cash in the UK is changing, perhaps forever. Before coronavirus, the global trend was a move towards cashlessness. In September last year, The British Retail Consortium (BRC) reported that for the first time, credit card purchases had overtaken cash. The same report stated that some 80% of total transactions are now coming from card payments, both credit and debit – the latter being the most popular. Cash, by contrast, has continued to decline from 28% (2013) to 22% (2017), then to just 20% last year.

The benefits of a cashless business are numerous, especially to the accounting profession. These include improved security and hygiene, as well as the ease of accounting and taxation reporting. However, mandating a cashless society will result in exclusion for many. The Financial Inclusion Committee reported last year that some 2.5 million people in the UK are underbanked (insufficient access to financial services) whilst of that number 1.2 million people are unbanked (no access to financial services).

‘LINK’ recently reported an almost two-thirds reduction year-on-year for ATM transaction volumes. Unsurprising, given our current lockdown, but many are predicting a paradigm shift toward alternative cashless payment mechanisms which once learnt may be hard forgotten. In contrast, The Financial Times reported in May that cash volumes in Spain fell more markedly, down 90%, whilst the U.S. and Russia saw increases due to likely cash hoarding, perhaps due to concerns over the ability of their banks to weather this economic shock.

erhaps among the keenest observers of this trend are the newly retired ‘silver pound’ spenders. In fact, in December the ONS reported that for the first time over half (54%) of those aged 65 or over were now shopping online in the UK. Post-COVID, that number will likely increase again with many now comfortable with ecommerce, contactless and online shopping to meet their basic needs during the lockdown.

The cashless society previously predicted to be a decade or two on the horizon may now be just around the corner. As our need for cash hits an all-time low many will be happy with this change but a minority, among them the most disenfranchised of society, will not be, and this is an issue that will need focus and creativity to tackle.

More
How to avoid a coronavirus debt crisis? Issue a new type of government bonds linked to GDP