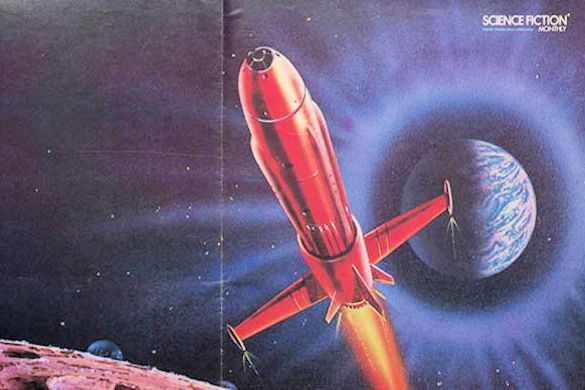 The University’s Special Collections & Archives contains the libraries and archives of many of the greats of science fiction: Arthur C. Clarke, Brian Aldiss, John Wyndham and Olaf Stapledon, to name a few.

As well as housing the largest catalogued collection of science fiction works in Europe, the archives also look to the future of the genre, and celebrate the promising new writers of today.

As part of the University Open House programme, students were invited to take part in a ‘flash fiction’ competition. To enter students were asked to submit short science fiction stories of up to 500 words in length.

The judges were really impressed by the many imaginative entries received, with stories covering everything from fusions of infants and tech, to sentient planets, to body-shifting entities; many entries were as thought-provoking as they were entertaining. 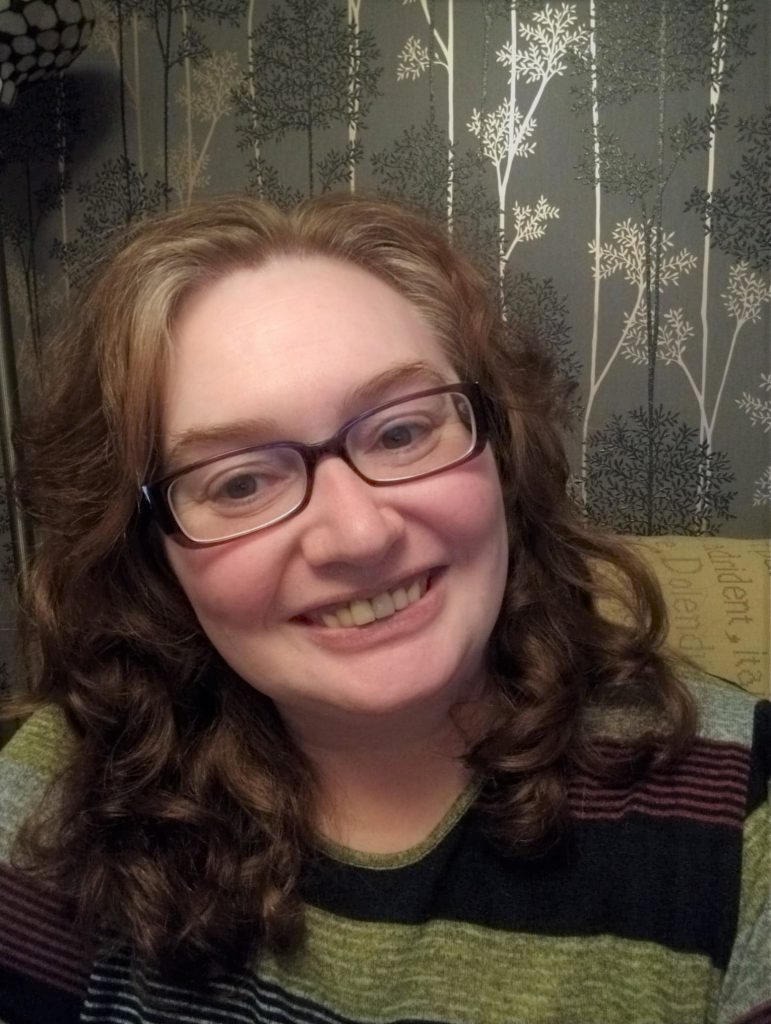 Congratulations to Claire Hunter (pictured above), 2nd year MSc Nursing student, who was awarded first place for her piece, ‘Hear Me’, a tale of planet’s yearning for companionship. Claire has won a £100 Blackwell’s voucher.

Read the winning story ‘Hear Me’

Her first awakening came with the crashing of a star-ship into her forests. Until that point her consciousness was mediocre at best but with the first steps of these new creatures on her surface there was the glimpse of something fantastic; a civil, complex self-awareness she could almost tap into.

They were still alien, beholden to alien biology and not accessible to her. She paid them little attention; parasites, not born from her or of her, their lives but a blink of time in her existence.

And then it changed. One small babe, conceived amongst the stars but grown from the fruits of her earth and birthed against her bosom, was all it took to create a bridge and open the stars to her, right there on her dusty plains.

He was hers in a way they could never be. A new beginning. A harmony of their old world and herself. Through him she sensed things she’d never sensed before. For him she would do anything, allow the clearing of her ground and the planting of seeds, which bloomed alien grains. She permitted the culling of her creations to be gutted, burned and devoured.  Difficult but worth it when he ran through the freshly harvested fields, legs chunky with baby fat and laughing.

She laughed back in her own way, ruffling his hair with her breezes. And as he grew from chubby baby to lanky adolescent, his differences became more apparent. She would find him perched high above the rocks, looking, pensive, out over the valley where his ship had crashed so long ago. His eyes scanned not the heavens but her lands, until he picked out their emergency beacon, still attached to the wreckage of their ship and sending out its call to the heavens.

“Where are you?” He would mutter, and she knew enough now to understand his words. I’m right here, she replied, you belong to me, but he couldn’t hear her.

He moved to the outcrop permanently, guarding their gardens, watching the never changing horizon with gimlet eyes. And if there was a tremor in his hands or a flightiness within him she didn’t know enough to grasp the meaning.

Not until the day he threw himself from the cliff, a noose about his neck. He jolted to a stop halfway down the cliff-side and his consciousness ripped itself from her with an almost physical wrench.

She felt his relief at the release.

The beacon brought more of them to her. They buried him near the first cornfield his parents had planted, burning the remains of the crops; twisted and poisonous now, adapted to her and her kind.  None of them mourned. They didn’t know him like she had.

And in her fertile soil, rotten and decomposing, she took him into herself once more, nurturing his seed.