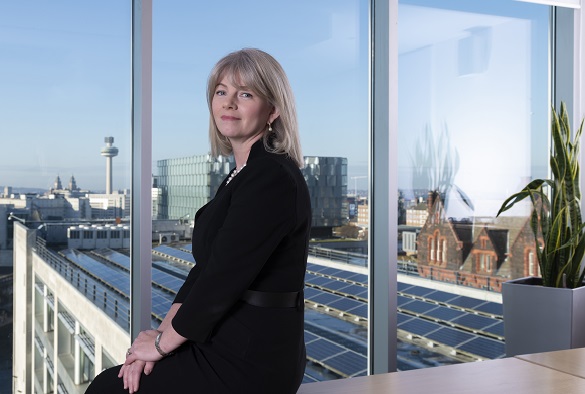 Professor Louise Kenny, Executive Pro-Vice-Chancellor of the Faculty of Health and Life Sciences, will play a pivotal role in driving forward the vision of the Northern Health Science Alliance (NHSA) as she joins the leading life science cluster’s board.

Professor Kenny has been appointed to represent the North’s universities on the NHSA board of directors.

As a medic and leading professor, her health research and life sciences expertise across both academia and the NHS will strengthen the breadth of insight and knowledge on the NHSA board.

Her appointment comes following the start of multimillion-pound Research England-funded partnership project between the NHSA and MedCity earlier this year, which will improve the visibility of UK life sciences expertise on the international stage.

The NHSA is a partnership that links 10 universities and 10 research-intensive NHS Teaching Trusts with four Academic Health Science Networks across the North of England.

Professor Kenny, said: “At a time when health research and innovation is front and centre in the fight against COVID-19, it’s more important than ever that the strengths of the North of England are showcased far and wide. The region has world-leading health assets, incredible talent and a passion for collaboration. The NHSA plays an important role in amplifying the North’s offer as it strives to bring investment and opportunities into the region for the benefit of the people and economy.

“I’m delighted to join the NHSA board as a representative of northern universities. I look forward to bringing my experience to the table to help shape the future of the organisation.”

Professor David Burn, Chair of the NHSA board and Pro-Vice-Chancellor of the Faculty of Medical Sciences at Newcastle University, said: “We’re honoured to welcome Professor Kenny to the NHSA board.

“She is a respected and vastly experienced health and life science leader in the North and we will gain valuable insight from her as we continue to develop as a northern life sciences cluster and work towards our vision of improving the health and wealth of the region.”

She replaces Professor Paul Stewart, Executive Dean of the Faculty of Medicine & Health and Dean of the Medical School at the University of Leeds, on the NHSA board.