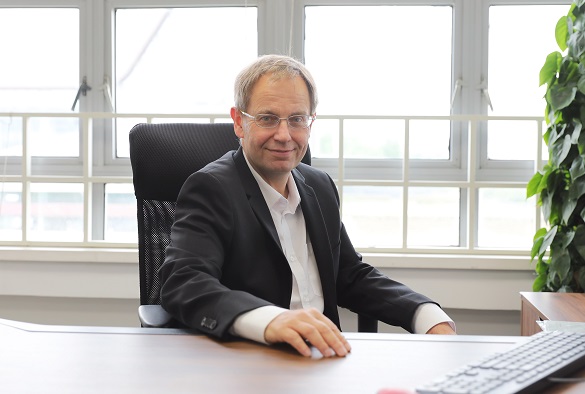 The University of Liverpool has announced the appointment of Professor Chris Harris as the new Vice President of Academic Affairs for Xi’an Jiaotong-Liverpool University (XJTLU).

Professor Harris, who is currently the Dean of the School of Languages & Director of the Modern Language Centre at XJTLU, will succeed the current role holder, Professor David Goodman

In his new role, Professor Harris will sit on the Senior Management Team at XJTLU and be responsible for academic strategy at XJTLU, as well as all aspects of liaison with the University of Liverpool, including academic standards and quality assurance, academic strategy, and academic staff recruitment and development.

He is also a member of the Irish Research Council’s Inner Board and an Assistant Editor of Liverpool’s Bulletin of Hispanic Studies.

Professor Harris officially starts his new role from 1 August 2021. Until then he will be shadowing the current role holder, Professor David Goodman.

Professor Gavin Brown, Pro Vice Chancellor for Education at the University of Liverpool, said: “I welcome the appointment of Professor Harris and look forward to working with him in his new role.

“As an internationally recognised educator, Professor Harris brings a diverse and extensive range of higher education related experience to the role. I am sure that world-leading academic development and innovation at XJTLU will continue under his leadership.”

Reacting to his appointment, Professor Harris, said: “I am delighted to be embarking on this new role at XJTLU, and look forward to further contributing to the University’s ambition to become internationally recognised for producing high quality research output with impact.

“Another ambitious and dynamic process at XJTLU is the shaping of future models of Higher Education through syntegrative education, curricular innovation, the launch of the Learning Mall, and the development of a new campus at Taicang.”

Established in 2006 through a partnership between Xi’an Jiaotong University and the University of Liverpool, XJTLU has grown rapidly to become the largest international joint venture university in China.

More than 3,000 XJTLU students are studying on campus in Liverpool at any one time to complete the final two years of their undergraduate programmes and all XJTLU graduates receive a degree from both XJTLU and the University of Liverpool.