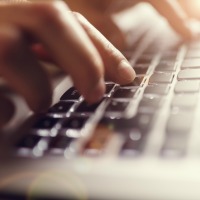 The Library is constantly negotiating with publishers to ensure the best deal in terms of cost and simplifying the publishing process for researchers.  A full list of all the deals that have been achieved with publishers can be found on the Open Access webpage.

Most researchers will be aware that publishing in journals and accessing content has been changing in recent years. The Open Access movement has resulted in greater access to research for everyone, including for those who cannot afford to access the often very expensive journal subscriptions that the Library pays for. The introduction of Fully Open Access journals – which only publish Open Access content – is seeing a move away from universities paying for access to research, and instead paying publishers to make that research available.

For those journals that still charge a subscription but give authors the option to pay to make an individual article Open Access – known as hybrid journals – things have been more complicated. So- called “double dipping” has been prevalent, where universities have ended up paying both to subscribe to journals and to publish in them. To resolve this, national body JISC have been negotiating what are known as “Read and Publish” deals. This means we pay one fee to the publisher which both gives us access to their journals and covers the costs for our authors to publish Open Access in those journals.

Not only do these deals keep costs down, they also simplify the publishing process for researchers. As long as corresponding authors list the University of Liverpool as their affiliation and use their university email address, the publisher should give you the option to publish via the deal.

Many deals have been agreed recently, including with large publishers like Springer and Wiley. The Library is especially keen to support society publishers and so we’ve also agreed deals with IOP Publishing, the Royal Society of Chemistry, Cambridge University Press, as well as smaller societies like the Microbiology Society and the Company of Biologists.

Staff can get in touch about Open Access and  further details about the deals, as well as how you can benefit by emailing: openaccess@liverpool.ac.uk