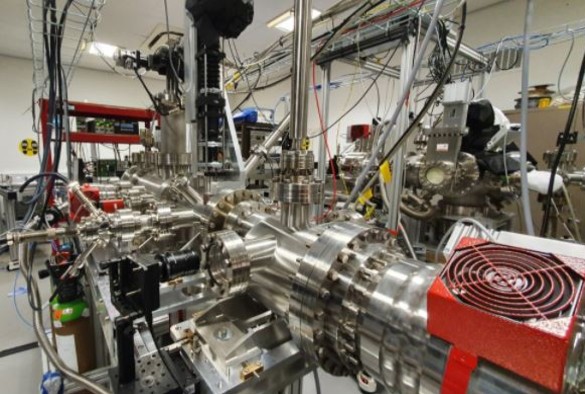 Scientists, engineers and technicians from the UK have embarked on a £26m project to help upgrade the Large Hadron Collider (LHC) at CERN, on the French/Swiss border near Geneva.

The collaboration involves the Science and Technology Facilities Council (STFC), CERN, the Cockcroft Institute, the John Adams Institute, and eight UK universities including the University of Liverpool, where researchers in the Department of Physics are developing a new type of gas jet-based monitor.

CERN’s High Luminosity LHC project (HL-LHC), a large international collaboration, will upgrade the LHC by increasing the number of particle collisions by a factor of 10, allowing physicists to learn more about the properties of the Higgs boson. The first phase of the project developed and delivered equipment to allow the World’s first demonstration of highly innovative ‘crab cavities’ that enable the LHC’s particle beams to be angled to increase the opportunity for collisions, along with many other machine upgrades and studies.

Phase two of the UK project, called HL-LHC-UK2, is focused on delivering essential hardware to the upgraded collider, with many parts expected to come from UK industry. Essential hardware and project management will be provided by STFC’s Daresbury Laboratory in the Liverpool City Region, in partnership with other project partners and UK industry.

Visible matter (you, what you see around you, and all the stars and planets in space) makes up just 5% of our Universe. The remaining 95% is thought to be dark matter (27%) and dark energy (68%) but physicists have not yet detected either. It is hoped that the increased luminosity of HL-LHC will enable researchers to find clues that could solve the mystery of dark matter.

Professor Carsten Welsch, Head of the Department of Physics at the University of Liverpool said:

“Liverpool is developing a new type of gas jet-based monitor which will provide detailed information about the beam stored in the High Luminosity LHC.

Our QUASAR Group based at the Cockcroft Institute has pioneered this technique and successfully carried out proof-of-principle measurements with our partners from CERN and GSI/FAIR.

We are excited about being a part of this flagship science project and the opportunity to help make the world’s highest energy collider even better.”

Professor Mark Thomson, particle physicist and Executive Chair of STFC, is keen to ensure that the project helps to develop the UK’s knowledge economy and said:

“This is a significant undertaking, yet one with fantastic benefits for the UK. The aim is for this project to involve UK industry at every stage, with specialist companies being invited to bid for contracts to manufacture high-tech components for the Large Hadron Collider.”

The lead partner in the collaboration is the University of Manchester. STFC is responsible for the Project Management and Lancaster University provides the technical co-ordination of the project.