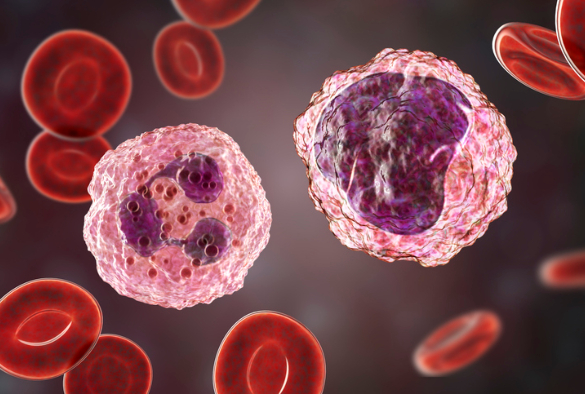 A new study has detailed the damaging role played by the immune system in a severe brain condition most commonly caused by the cold sore virus.

Researchers have identified the specific type of immune cell that induces brain inflammation in herpes simplex virus (HSV) encephalitis. Crucially, they have also determined the signalling protein that calls this immune cell into the brain from the bloodstream.

The findings, published in Cell Reports, could aid the development of targeted treatments for the brain infection, which is the most common cause of viral encephalitis worldwide.

HSV encephalitis takes hold quickly and, despite rapid anti-viral drug treatment, many patients die. Most survivors are left with brain injury due to the inflammation and damage caused by the virus and immune cells gaining access to the brain, breaking down the blood-brain barrier.

“Determining the roles of specific immune cells and the factors that allow them to cross the protective blood-brain barrier is critical to develop targeted immune therapies,” explains Dr Benedict Michael, a Senior Clinician Scientist Fellow at the University of Liverpool, who led the research.

Using a mouse model, the researchers showed that neutrophils (a type of immune cell) made the blood-brain barrier more permeable and contributed to the brain damage associated with HSV encephalitis. They also found that these neutrophils were not needed to control the virus.

Meanwhile, monocyte immune cells were found to play a protective role and were needed to control the virus and prevent brain damage.

The researchers also identified the exact signalling protein, called CXCL1, that drove the migration of these damaging neutrophils into the brain during HSV infection. By blocking this CXCL1 protein, neutrophils were prevented from crossing the blood-brain barrier and causing inflammation which resulted in less severe disease.

The findings make the CXCL1 protein an attractive target for new therapies that can stop the influx of damaging white blood cells without limiting the roles of protective ones.

Dr Michael said: “There is currently no licenced treatment for the severe brain swelling which occurs despite antiviral therapy in HSV encephalitis. Sometimes steroids are given, but as these suppress the immune system in a very broad way, there is a risk of uncontrolled viral infection.

“There is an urgent need for targeted treatment that prevents damaging immune cells from entering the brain without limiting the immune cells needed to control the virus.”

Now Dr Michael and colleagues are planning to examine the impact of the CXCL1 signalling protein in patients who have already had steroids as part of a clinical trial led by Professor Tom Solomon at the University of Liverpool.

Dr Michael conducted this research in The Center for Immune and Inflammatory Disease at Harvard University and is a member of the Liverpool Brain infections Group. The research was funded by the Medical Research Council (MRC), National Institute for Health Research (NIHR), Wellcome and the British Medical Association. 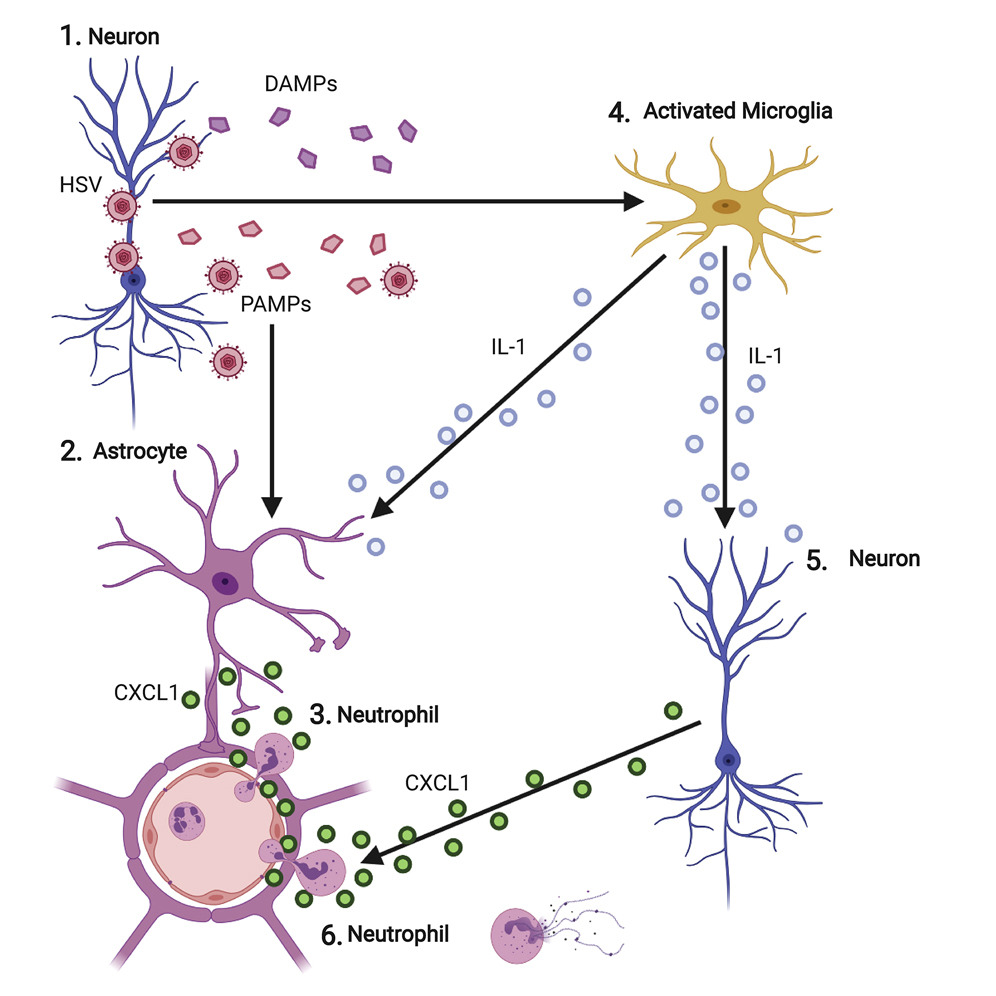