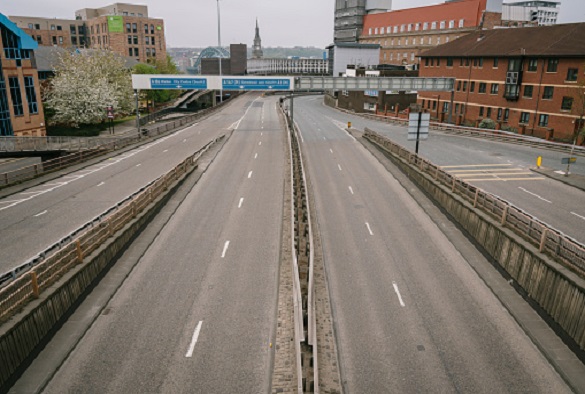 Research by the University of Liverpool’s Professor Simeon Yates, on behalf of Good Things Foundation, reveals that millions of people are facing tougher regional lockdowns on the wrong side of the digital divide.

Approximately nine million people across the UK are still unable to fully use the internet (source: Lloyds Consumer Digital Index 2020), and it’s those in the Midlands and North of England who will continue to be most affected – leaving them isolated, cut off from essential support, experiencing deteriorating mental health, and financially worse off.

New analysis for Good Things Foundation, the UK’s leading digital exclusion charity, by Professor Simeon Yates shows that 11.4 million people in the Midlands, North East, North West, Yorkshire and the Humber are either offline [3.6m] or use the internet in a very limited way [7.8m]* – locking them out of critical lifelines such as GP appointments, Government support schemes and job retraining. And, that only 18% of people in the North East of England can use the internet to its full potential compared to 49% in the South East.

Good Things is calling on the Government to commit to levelling up the UK’s deep digital divide with a Great Catch Up, helping 4.5 million people get digitally included and delivering £1.92 billion back into the UK economy.

Those who stand to be hit hardest by new government lockdown rules are people like Annette, 60, from Kings Heath, Birmingham, who found herself cut off with no money earlier this year.

Annette, who has had three strokes, and suffers from COPD, diabetes and chronic arthritis, says: “I was so depressed, for three days I didn’t get out of bed. The staff from my local online centre [Smartlyte] gave me a tablet and showed me how to use it, and it saved my life.

“The tablet gives me a chance to be part of my grandkids’ lives, and I didn’t have that before. I was so down, I was suicidal. I take a lot of medication and at one point I was going to take it all, but staff from the centre talked me out of it.

“It’s so lonely when you have got just four walls. I couldn’t go out, I was a prisoner in my own home.”

And Army veteran Jason, 34, from Middlesbrough, suffers with anxiety and has struggled financially due to being unable to access his online Universal Credit account. Jason says: “Lockdown meant my world became my flat and I only had limited access to support staff. I felt very lonely.”

Reacting to the research findings, Helen Milner OBE, Good Things Foundation Chief Executive, said: “The pandemic has made digital skills critical for everyone in the UK – which is why we urgently need a Great Catch Up to help people cross the digital divide.

“With 9 million people across the country still unable to fully use the internet, we’re in danger of heading back to the dark lockdown days of April – where people were, shockingly, being forced to choose between data and food.

“Through our work, we saw millions of people being locked out of access to GP appointments, social contact and essential Government services. We can’t let this happen again – but the real fear is this is where we are heading unless the Government acts swiftly, working together with businesses and other organisations like ourselves to help more people get across the digital divide.”

Good Things Foundation’s call to level up on digital skills is being backed by 33 MPs including several Conservatives in Christian Wakeford (Bury South), who are calling for a parliamentary debate on the issue. The backbench motion is led by former Conservative Minister Esther McVey and Labour’s Julie Elliot, chair of the Digital Skills APPG.