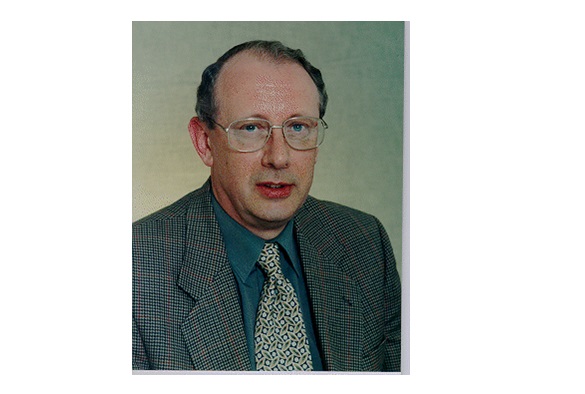 Mark W Kermode studied Mathematical Physics (as it was then called) at the University of Liverpool gaining a first class degree and then completed a PhD with supervisor Dr. G. R. [Ray] Allcock – mainly on potential models for alpha-alpha scattering. His first publication was in 1964.

He went as a post-doc to MacMaster University, Canada, for a few years before returning in 1969 as a lecturer in the Department of Applied Mathematics. (later promoted to Senior Lecturer).

With the retirement of Prof Fröhlich in 1973, the Departments of Applied Mathematics and of Theoretical physics were amalgamated, although still spread over two buidings. Mark was one of those who moved to the Theoretical Physics group in the Chadwick Tower.

His research interests were in Theoretical Nuclear Physics. His best known work was in building potentials to describe few-nucleon interactions – especially low energy nucleon-nucleon scattering data and properties of the deuteron – and their “Liverpool model” was often cited. Latterly he also worked on alpha decay of deformed nuclei. He published over 60 research papers.

He supervised and collaborated with graduate students at Liverpool: Z. Melhem, J. P. (Jim) McTavish, S.G. (Shirley) Cooper, Mustafa M. Mustafa, T.L. (Tina) Stewart and Adnan Kabir. He was able to attract postdoctoral fellows to work with him at Liverpool: L.J.(Les) Allen and Neil Rowley. One of his publications included his wife [Janet – a school mathematics teacher] as a co-author.

Mark was a valued and inspirational teacher. As well as teaching and research, Mark contributed significantly to administration – he was Chair of the Board of Studies in Mathematics from 1996-9.

Born in Liverpool in 1940 – his Manx surname came from his grandfather who was from the Isle of Man. He attended Quarry Bank grammar school in Liverpool. He was proud to recall that, when a prefect, one of his duties was to send John Lennon, a troublesome pupil, to detention.

He married Janet Fisher (who sadly pre-deceased him) in 1971 and they had two children.

Mark always seemed fit and healthy – he was a keen tennis player. A personal reflection – I especially enjoyed his company – since we regularly played table tennis at lunch time. He was usually the winner.

His loss to COVID-19 is a shock and great sadness to all his former colleagues; we extend our condolences to his children and their family.