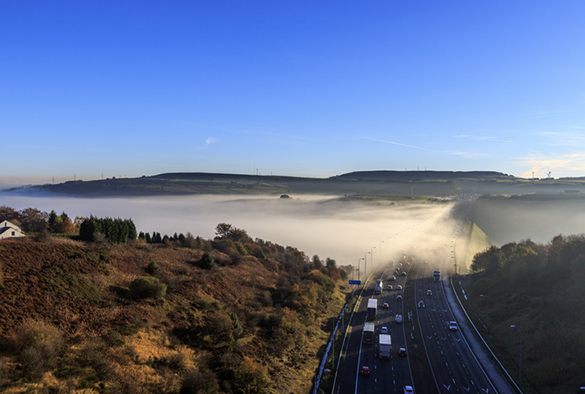 The Northern Health Science Alliance, NIHR Applied Research Collaborations (North East and North Cumbria, Greater Manchester, North West Coast, Yorkshire and Humber), and the NIHR School of Public Health Research report Covid-19 and the Northern Powerhouse: Tackling Health Inequalities for UK Health and Productivity looks at the impact of COVID-19 on the health and economic inequalities between the Northern Powerhouse and the rest of England.

It has found the pandemic hit the North harder and more deeply and that mitigating measures must be put in place to stop inequalities rising further and faster.

The report conservatively estimates the economic cost of the increased mortality in the North during the pandemic at £6.86bn and the reductions in mental health in the region due to the pandemic at around £5bn a year.

The increased mortality rates in the Northern Powerhouse remains significant even after accounting for deprivation, ethnicity and the age-structure of the population. Figures show austerity simultaneously put the region in a more vulnerable position by reducing health and well-being, and cost the UK around £2bn a year in lost productivity, with over £16bn lost since 2011.

* An extra 57.7 more people per 100,000 died in the Northern Powerhouse than the rest of England between March and July and this could cost the UK Economy an additional £6.86bn in reduced productivity

* Mental and ﬁnancial well-being was hardest hit in the Northern Powerhouse, as was loneliness

* Reductions in the core spending power of local authorities in the Northern Powerhouse by £1 per-head cost £3.17 per-head in lost, equivalent to around a £2bn loss in GDP per-year, or £16bn between 2011 and 2018

* Pre-pandemic child health, a key predictor of life-long health and economic productivity, was poor and deteriorating in the Northern Powerhouse. Since the

pandemic, adverse trends in poverty, education, employment and mental health for children and young people have been exacerbated.

Across the board these estimates are likely to be conservative as the North of England has been hardest hit during the second wave of the pandemic and these modelling exercises were concerned around outcomes from the first wave.

Professor Clare Bambra said: “our report highlights that we are not all in the pandemic together with the Northern regions being hardest hit. Health and wealth in the Northern Powerhouse lagged behind the rest of the country even before the Covid pandemic, and over the last year our significant regional inequalities have been exacerbated”.

“We need to significantly ‘level up’ the country by providing immediate additional support to local authorities and devolved administrations in the North – and by investing further in public health prevention in the North Powerhouse. In this way, we can reduce the inequalities that the pandemic has highlighted and ensure that our regions are better equipped for building back better ”.

Dr Luke Munford said: “The findings in this report reaffirm the results of our earlier analyses that showed the inextricable link between health and wealth. The Northern Powerhouse, on average, has been hit harder by COVID-19 than the rest of England in terms of both health and wealth outcomes.

“We cannot get away from their interconnectedness. The fact that these regional inequalities persist even after we account for deprivation and other known determinants means that there are other factors at play. These regional inequalities need to be addressed fast, or we risk letting the Northern Powerhouse fall further behind. A sensible place to start would be improving the health of people living in the Northern Powerhouse.”

The University of Liverpool’s Professor David Taylor-Robinson said: “The poor child health of children in the North of England is unacceptable, and a major driver of the stark inequalities in later adult health and productivity documented in this report. The pandemic has made things worse, and the dramatic rise in child poverty predicted will have negative impacts for generations to come unless we take concerted action. To have any chance of “levelling-up” it is essential that families with children are prioritised in the pandemic response and that immediate action is taken to reduce child poverty.”

Hannah Davies Health Inequalities lead for the Northern Health Science Alliance said: “Health inequalities between the North and the rest of England have been growing for over a decade. This report demonstrates the impact that has had on the productivity of the region and how it has led COVID-19 to take a devastating grip on the North.

“We call on the Government to follow the recommendations of the report to put mitigating measures in place, to support public health measures, reduce child poverty, tackle mental health to support North through the pandemic and allow its ambition of levelling up to become an achievable reality.”

2. Target clinically vulnerable and deprived communities in the Northern Powerhouse in the first phase of the roll out of the COVID-19 vaccine

5. Maintain and increase the additional £1,000 extra funding of Universal Credit

6. Provide additional resource to local authorities and the NHS in the Northern Powerhouse by increasing the existing NHS health inequalities weighting within the NHS funding formula in its reset and restore plans

7. Deliver a £1 billion fund ring-fenced to tackle health inequalities at a regional level and increase local authority public health funding to address the higher levels of deprivation and public health need in the North

8. Create northern ‘Health for Life’ centres offering a life-long programme of health and well-being advice and support services from pre-natal to healthy ageing programmes. Targeted to the most deprived areas in the North, they will take a preventative approach to health directly into the communities which need it most

9. Deliver health and mental health promotion interventions together with industry and employers, targeted at employee mental and physical health.

10. Level up investment in health R&D in the North of England to create high value jobs and support local health and drive the economy

12. Develop a national strategy for action on the social determinants of health with the aim of reducing inequalities in health, with a key focus on children.