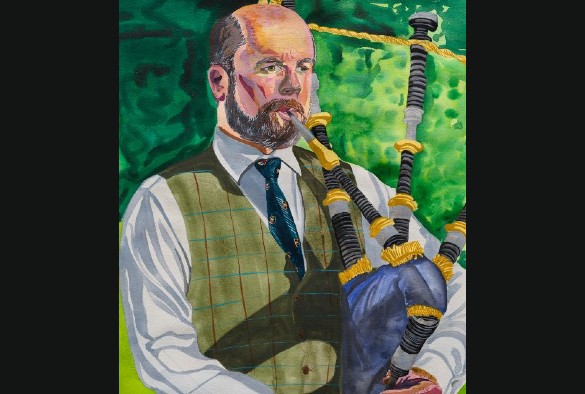 The University of Liverpool’s Professor Calum Semple is one of the stars of a new exhibition at Tate Liverpool featuring portraits of local NHS key workers’ lives during the pandemic.

Artist Aliza Nisenbaum said she wanted to “pay tribute” to key workers in the project, commissioned by the Tate Liverpool gallery.

The subjects, which also include nurses, doctors, a hospital porter and a chaplain, were painted alongside items which gave them support, hope or became more meaningful during the pandemic.

Professor Semple, who leads a major national COVID-19 research study and is a member of the Scientific Advisory Group for Emergencies (SAGE), appears in his portrait playing the bagpipes.

Nisenbaum said: “He was such a fascinating person to speak with. It was just interesting to see how many hobbies he had.”

Professor Semple, who attended a special launch event at Tate Liverpool this week, said: “I was chuffed to bits to be included in this exhibition representing people who work in research as part of Liverpool’s health care response to the COVID-19 outbreak.

“The recent easing of restrictions meant that this was the first opportunity for the people involved in Aliza Nisenbaum’s exhibition to meet, albeit with great care. It was a welcome break for all of us who had been working intensively and with little opportunity or cause to celebrate. The paintings give a permanent recognition for the roles of Merseyside’s key workers.”

Earlier this year Professor Semple was awarded an OBE in the Queen’s Birthday Honours for his services to the COVID-19 response.

He added: “I among other members of the International Severe Acute Respiratory and emerging Infections Consortium (ISARIC) positioned our research capacity in readiness for outbreaks such as this one. For the first time observational studies and clinical trials have changed practice and saved lived during an outbreak.  Clinical research is now part of the frontline health response to new emerging health threats.”

The exhibition runs at Tate Liverpool from 15 December until 27 June next year. It’s free to see the portraits but you’ll need to pre-book a ticket. 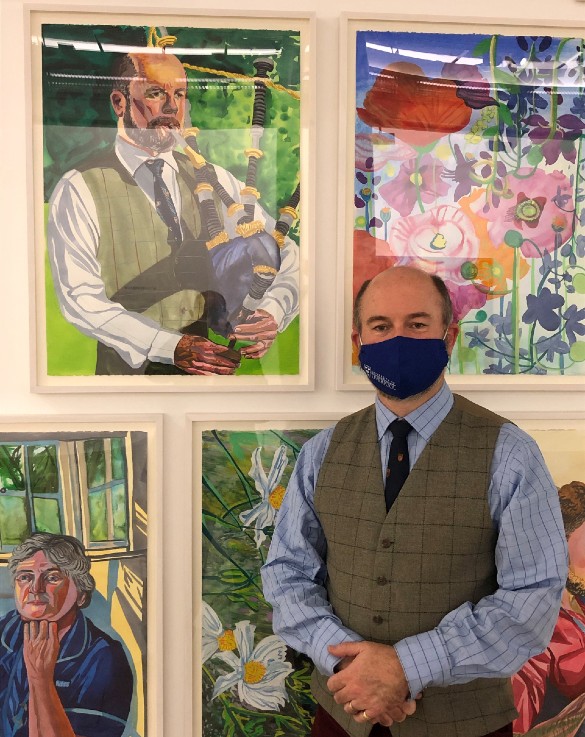