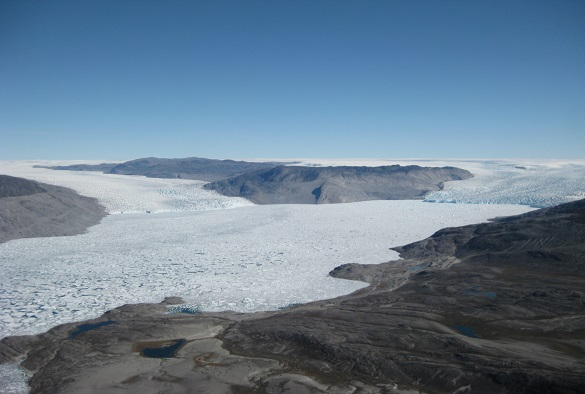 The amount of snow falling on Greenland’s glaciers may have been less than the water lost through icebergs calving and melting since at least the mid-1980s, a study of almost 40 years of satellite images has revealed.

The study was undertaken by Dominik Fahrner, a PhD student with the University of Liverpool’s School of Environmental Sciences, and involved reviewing over 20,000 satellite images of over 200 glaciers, then selecting around 3,800 images for analysis. This analysis showed some glaciers had been losing ice for over a decade longer than previously though.

This is one of the first largescale assessments of such a wide range of glaciers. Previously it was far too time consuming and labour intensive because of the time taken to download, process and analyse them. The study was made possible by cloud computing that cut the time to obtain these images from 20 minutes per image to around 5 seconds.

All the images used had existed ever since they were captured – for many, this was decades ago. However, by taking advantage of cloud computing technology, it is the first time it has been possible to analyse these over such long timescales over the entire ice sheet.

The research also revealed that, taken collectively, iceberg-calving glaciers react in a relatively simple, linear manner in response to climatic factors (e.g. ocean temperature and air temperature). Whereas, when looked at individually, their reactions are complex and non-linear.

These findings will make it much easier and simpler to model the behavior of marine terminating glaciers as a group in future. Previously, the computational complexity of this task and uncertainty around model inputs meant it was not possible to model every single glacier for lots of different climate change scenarios.

Mr Fahrner’s research was made possible by the tools developed by his PhD supervisor, Dr James Lea. Dr Lea is the recipient of Future Leaders Fellowship funding from UK Research and Innovation (UKRI) for the use of cloud computing to get a better understanding of iceberg-calving glaciers and ice sheet processes.

The paper Linear response of the Greenland ice sheet’s tidewater glacier terminus positions to climate: (doi:10.1017/jog.2021.13) is published in the Journal  of Glaciology.

The research was partially funded by the Engineering and Physical Sciences Research Council (EPSRC), which is a constituent council of UKRI.

Image below: Glaciers calve icebergs from the Greenland Ice Sheet into the ocean. 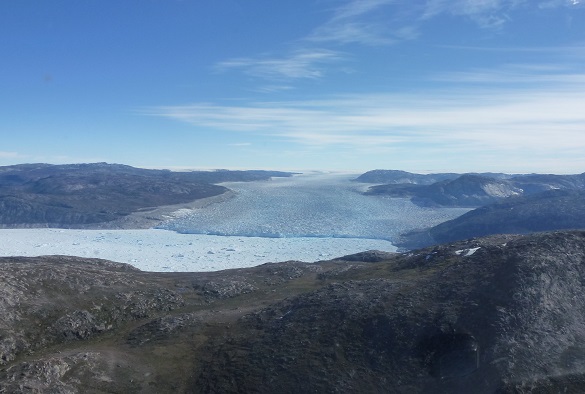