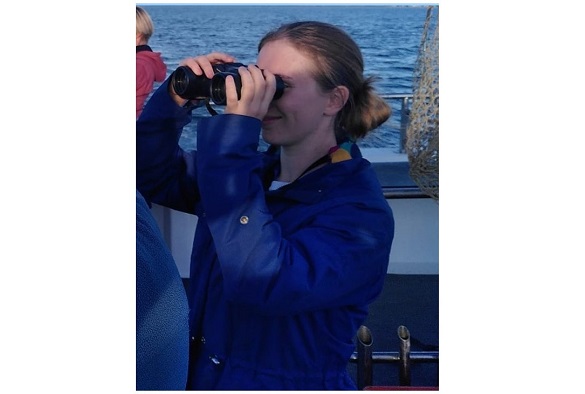 Fionnuala McCully is a PhD student in the University’s Department of Earth, Ocean and Ecological Sciences.

Last week, news hit the papers that Wisdom the Laysan albatross (the oldest known wild bird) had produced a chick at the ripe old age of 70.

Given the numerous threats they face, healthy albatross chicks are always cause for celebration, but for most readers, the feathery protagonist’s age was the main draw of the story.

Learning that a bird has reached the age of 70 may be surprising enough, even without the added detail that she is still breeding.

To humans, who are so familiar with the biological steps of our own life cycle, the notion that other animals can produce offspring in ‘old age’ may be perplexing. In truth, it is us who are the weirdos. While primates and some cetaceans (e.g. orca) experience life after fertility, the majority of species (albatrosses included) keep breeding until death.

This difference is due to our tendency to form life-long bonds with our offspring. This allows experienced humans to continue investing in their descendants in their new role as ‘grandparent’. In contrast, once their chick has fledged, albatross parents’ involvement drops to zero. No more benefiting from Mum and Dad’s experience. Your kids are your own problem. Have a nice life.

None of the above should detract from Wisdom’s achievements.

Even in the scientific world, her story is remarkable. I was delighted that it generated so much attention, and spent some time scrolling through the story’s comments on social media, observing people’s reactions and silently correcting their inaccurate assertions on albatross biology.

Had this story broken a year ago, it probably would not have been as significant for me as it is today. That is because a year ago, working on albatrosses was not part of ‘The Plan’.

Death of ‘The Plan’

As you might have guessed, COVID-19 had absolutely no respect for the ‘The Plan’. 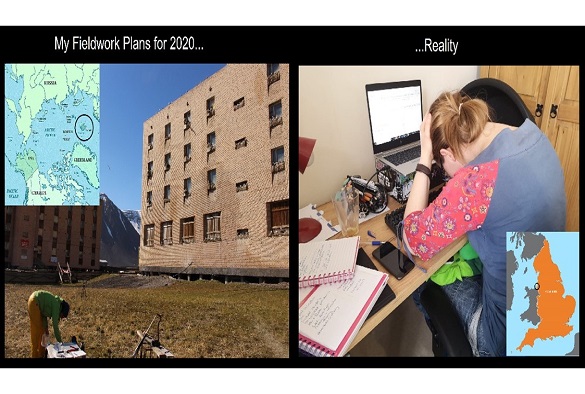 With my fieldwork cancelled, my supervisor Dr Samantha Patrick saved the day by arranging for me to work on pre-existing data on one of the world’s largest flying birds, the wandering albatross (Diomedea exulans).

At first, the change was daunting. Suddenly, I was dealing with a bunch of southern hemisphere behemoths, whose ecology was a far cry from that of the dainty, Arctic-dwelling gull for which I was prepared. I had a lot to learn, but I soon realised that the age of my study subjects would be central to my investigation.

Many seabirds take turns guarding the nest while their partner is foraging at sea. This is costly for the landbound parent which cannot feed until their wayward partner returns.

Albatrosses don’t do quick pops to the shops (they may stay at sea for weeks), so it’s important that the foraging bird relieves their mate in good time.

Some albatross pairs are experts at matching their trip lengths so that parental care is shared and no one starves …other pairs, not so much. I am examining why this variation exists. Why do some birds spend more time at sea/away from the nest than others?

This is where the long-lived nature of albatrosses becomes relevant once again, as both my study and those conducted by researchers before me, have found that age influences their decision-making during foraging.

I don’t have any birds in my dataset as old as Wisdom, but I have found that those in their mid-40s take longer foraging trips than birds which are ten or 20 years their junior. They have few chances left to breed, and so prioritise themselves over their partner in order to make the most of their twilight years. This means more foraging and less babysitting. Interestingly, teenage birds also take longer trips, possibly because they are inadept foragers.

This leads us to the other reason why age is so important for albatrosses: they live a long time because they rely on learning and experience to survive. Breeding successfully in harsh conditions takes practise, something which Wisdom (who is estimated to be on chick number 36) has in spades.

I have learned that being a PhD student also takes practise, although I only have about four years to master it, as opposed to 40. Although I haven’t given up on the kittiwakes (fingers crossed for June 2021!), I am extremely grateful for my unexpected detour into the wonderful world of the albatross.

I still have much to learn as I work towards my PhD, but one thing I know is that for albatrosses (whether they be Wisdom or otherwise!), age is much more than just a number.