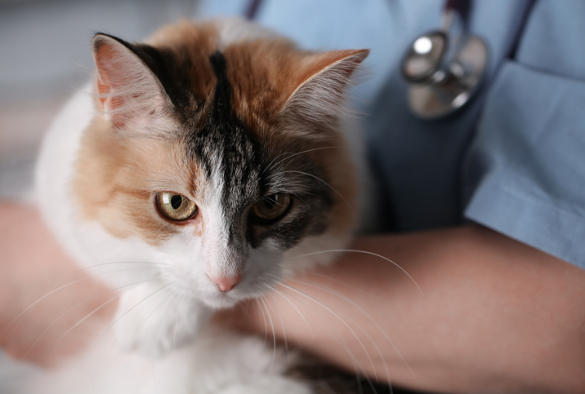 A new trial by the University of Liverpool’s Small Animal Veterinary Surveillance Network (SAVSNET) has demonstrated effective strategies for reducing the prescription of critically important antimicrobials in veterinary practice.

Published today in Nature Communications, the findings are being used to inform development of a national veterinary antimicrobial stewardship scheme.

Antimicrobial resistance (AMR) has recently been identified as one of the top ten health threats facing our planet. Currently, over 700,000 people per year die of resistant infections. This is forecast to exceed 10 million people per year by 2050, placing AMR as the leading cause of death worldwide.

“Use of antimicrobials is a key driver for development of AMR. It is vital that the veterinary profession embraces the responsible use of antimicrobials, to safeguard human and animal health and to preserve the right to prescribe certain antimicrobials that are important in human medicine. Of these, the highest priority critically important antimicrobials (HPCIAs), including fluoroquinolones and third-generation cephalosporins, are considered of greatest importance by the World Health Organisation,” explained lead researcher Dr David Singleton.

HPCIAs are frequently prescribed as first-line agents in companion animal practice, particularly to cats. Such antimicrobials should only be used third-line in response to clear evidence of likely or demonstrated treatment failure to other antimicrobials. In recognition of this issue, SAVSNET collaborated with one of the largest integrated veterinary services providers in the UK, CVS Group, on a randomised controlled trial to see if prescription of HPCIAs could be reduced.

Light and heavy intervention groups were informed of their outlier status and were offered either remote (light group) or in-person (heavy group) support, in addition to their existing access to the SAVSNET portal which offers free benchmarking for antimicrobial prescription. CVS practice teams in the heavy group were asked to reflect on their HPCIA prescription and clinical decision-making to develop their own systems to promote responsible prescribing.

“This trial demonstrates that companion animal veterinary practitioners respond to notification of being outside of a ‘social norm’ (i.e. being a high frequency HPCIA prescriber), and are responsive to involvement in structured antimicrobial stewardship programmes,” said Dr Singleton.

The findings are now forming the basis of a national antimicrobial stewardship programme, in collaboration with SAVSNET, CVS Group and RCVS Knowledge.

Co-author Angela Rayner, Director of Quality Improvement at CVS Group, added: “We are grateful for, and wish to say thank you to, the many people who have supported this trial and to the hard work of the practice teams in CVS, who responded to the call to action to produce these excellent results.  Without these caring individuals, this would not have been possible.”

Read an infographic summarising this work.