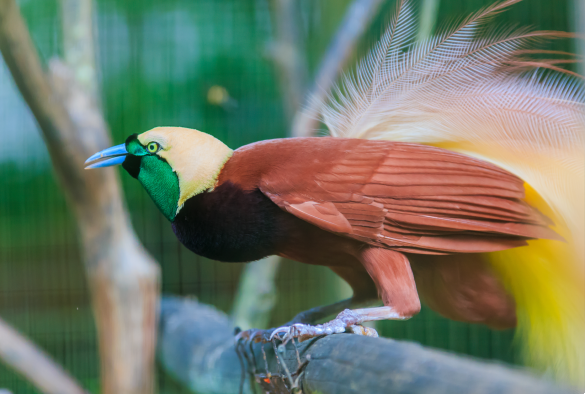 Male animals are less likely to try to attract a mate when they are in poor condition, a paper published in Nature Ecology and Evolution has found.

The study looked at how individual condition influences investment into courtship behaviour in animals. Its author, Dr Liam Dougherty (University of Liverpool) studied a sample of 147 animal species, obtaining data from eight taxonomic groups, with insects, fish, amphibians, and birds making up the majority of species.

The project involved searching for published data linking animal courtship behaviour to a range of traits related to individual condition, including their diet, body size, whether they had any parasites, and how old they were.

The study was inspired by the fact that biologists have two opposite predictions for how condition could affect investment in courtship behaviour. From a survival perspective, it makes sense for animals in poor condition to stop trying to attract a mate, in order to conserve energy. But from a reproductive perspective, animals in poor condition could increase their reproductive success by investing as much as they can into one ‘last-gasp’ attempt at reproduction.

Across 228 studies and 147 species, animals (who in almost all cases were male) invested significantly more into attracting a mate when they were in good condition. In other words, males in poor condition seem to prioritise survival at the expense of reproduction.

Dr Liam Dougherty, Leverhulme Early Career Fellow in the Department of Ecology, Evolution and Behaviour said: “These results show that in general males are more cautious than we thought- when down on their luck, they spend less energy trying to attract females. This strategy makes sense if males that do this live longer, increasing the chances that their condition improves in the future.

“Importantly, it also means that a male’s courtship behaviour is often an honest reflection of his condition. This means females could benefit from choosing to mate with those males that display the longest or most intense courtship displays”

The full paper, Meta-analysis reveals that animal sexual signalling behaviour is honest and resource based, is available here