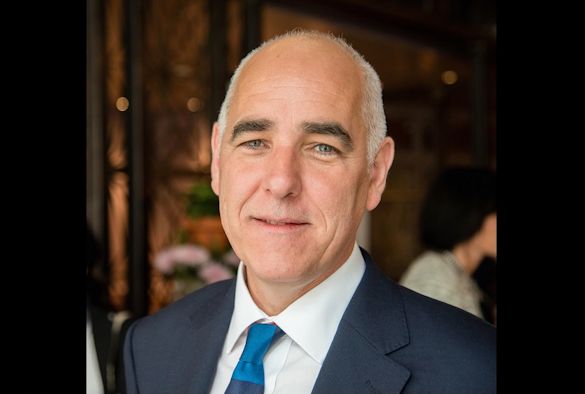 Dr Paul Redmond is the Director of Student Experience and Enhancement at the University of Liverpool.

In clouds of exhaust fumes, I chugged past the waiting photographers and autograph hunters and turned into a carpark packed with rows of gleaming super cars. After shoehorning my rusting ten-year old Ford Fiesta between two brand new, lipstick-red Ferraris, I ankled it to Reception.

“Will my car be safe out there?”

“Good morning, sir. May I ask who you are here to see?”

“I’m here to see the manager, Monsieur Houllier. I think he wants to sign me.”

The receptionist’s eyes flicked from me to the Fiesta then back to me.

“May I ask who you are actually here to see, sir?”

The news over Christmas that Gérard Houllier, one-time manager of Liverpool Football Club, had died, took me back to one of the most inspirational meetings I’ve ever had. One way or another, I’ve been reliving it ever since we entered lockdown.

The meeting came about because I was writing an article for a magazine. I’d heard that Houllier, Liverpool’s newly appointed French football manager, had studied English at Lille University. What’s more, during his second year, he’d opted to spend twelve months working as a teaching assistant in a Liverpool secondary school. Returning to France, he qualified as a teacher before rising rapidly to deputy head. It was at that point that he made what must have looked to his fellow teachers to have been the world’s worst career decision. He went into football management.

That was enough for me. Degree in English, worked in education, lived in Liverpool: as I saw it, we were practically frères. I wrote to the club asking for an interview and to my astonishment was granted a meeting at Liverpool’s training ground with Le Patron himself.

Students have since asked me what it was like to meet the great man. I tell them it was like having a Starbucks with Socrates. He wasn’t just a football manager; he was a philosopher who happened to be in charge of a bunch of high-maintenance millionaires with expensive tastes in cars. Not that he wanted to talk about football. He wanted to talk about students, and how we should be preparing them for the future.

According to Houllier, there was one essential ingredient that everyone needs to be successful. Forget qualifications, skills, work experience, or contacts. All these are important, but not nearly enough.

What you need is hope.

Believing that things will eventually get better, that with hard work you can achieve your ambitions, requires hope. When the chips are down, it’s hope that makes us ‘KPO’ (Keep Plugging On). With the enemy at the gate, hope supplies the courage. Hope drives the entrepreneur to put it all on the line and inspires the activist to take a stand. What else but the audacity of hope would prompt an unknown politician to stand for the highest office in the land.

And what else but ‘that thing with feathers,’ as Emily Dickinson called it, would prompt a French deputy head who’d never played professional football to swap teaching for the cutthroat world of football management – a profession so fickle that job tenure is measured in days not years.

When I asked Gérard Houllier what he thought it was that made some managers successful while others failed, he was unequivocal. It was their ability to instil a sense of hope. Leaders are first and foremost dealers in hope. Everything else is a nice to have.

Hope is what we’re going to need this year if we’re to help young people rediscover a sense of optimism and self-confidence. The lockdown has had a kryptonite effect on young people’s aspirations. And here’s the catch. Being employable requires hope. People can put up with endless adversities as long as they have hope. Applying for jobs, competing in assessment centres, putting yourself forward for interviews – without hope, you’re toast. What’s a CV or a LinkedIn profile if not a testimony of hope?

My time with Gérard Houllier flew by all too soon – and not once did we talk about football. He went on to have a successful career at Liverpool, only departing when ill health got the better of him.

As I was leaving, I asked him what his parents had said when he told them he was quitting teaching to go into football. He said they’d never got over it and kept asking him when he was going to get a proper job – even though by then he was managing one of the world’s biggest clubs.

But that’s the thing about parents. They never give up hope.