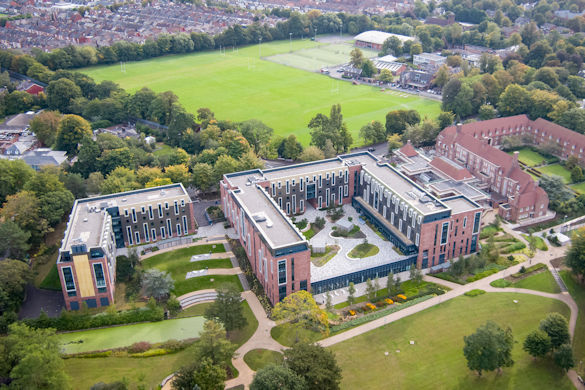 Voting is now open in the search to find a new name for our Gladstone Hall of Residence.

After a series of discussions initiated by our Guild of Students in October 2017, we decided to rename the Hall of Residence, which has recently been rebuilt as part of our Greenbank Village student accommodation.

Following a lengthy nomination and shortlisting process, students now have the chance to vote for their preferred option from a shortlist of four alongside the Guild’s Student Officer election process this week (Monday, 19 April to Friday, 23 April).

John Archer was born in Liverpool, and his early years were spent on Mount Pleasant.  His father came from Barbados, and his mother was an Irish Catholic.  After travelling the world as a merchant seaman, he settled in London, and was elected as a councillor in Battersea. In 1913, Archer was elected as mayor of Battersea by his fellow councillors, becoming the first black mayor in London. Archer was an active Pan-Africanist, and the founding president of the African Progress Union.

Emma Clarke was a pioneering footballer, acknowledged as the UK’s first Black woman to play professionally. Born in Liverpool, she grew up in a family of fourteen children in Bootle. Clarke made her debut playing for the British Ladies Team at the age of 20 (1895) and continued to play until 1903 despite facing racism and sexism on and off the pitch. Her two sisters followed her into the sport, and she continues to be an inspiring figure in the ongoing fight for equality in sport.

Dorothy Kuya, born and brought up in Liverpool, was a tireless campaigner for racial equality throughout her life.  She was the city’s first community relations officer, and she was a driving force in establishing Liverpool’s International Slavery Museum in 2007, and in instituting the annual Slavery Remembrance Day.  National Museums Liverpool have honoured her name in their annual Dorothy Kuya Slavery Remembrance Memorial Lecture.

Anthony Walker, a young man of Jamaican descent, was in his second year of study for his A-levels at Knowsley Hey High School when he was murdered, in an unprovoked and racially motivated attack.  The University works in active partnership with the Anthony Walker Foundation, which his family established in his name in 2005 with the aim of tackling racism, hate crime and discrimination.

The winning name will be announced on Monday, 26th April. The hall will then be renamed and a plaque installed detailing the history of the naming process.

Why is Gladstone Hall being renamed?

In order to send a clear message about the commitments we have made to our Black, Asian and Minority Ethnic students and staff, as summarised by the Vice-Chancellor’s open letter of June 2020 and the Race Equality and Anti-Racism Action Plan resulting from the University’s Equality and Human Right Commission working group, we have called on our University community to help us to rename the hall.