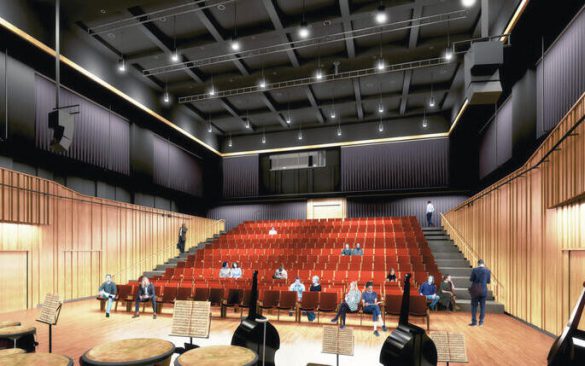 The Tung Auditorium, in the University of Liverpool’s Yoko Ono Lennon Centre, will be the new home of Ensemble 10/10 – the Royal Liverpool Philharmonic Orchestra’s contemporary music group.

Work on the city’s new cultural venue – situated on the corner of Grove Street and Oxford Street – is now well underway, and Ensemble 10/10 will be able to take full advantage of the benefits of the cutting edge 400-seat performance space following its official opening in 2022.

As part of the arrangement, Ensemble 10/10, which was formed in 1997, will deliver at least four concerts a year, as well as working with students and staff in the University’s Department of Music.

It builds on an already wide and active partnership between the University and the Liverpool Philharmonic, encompassing concert activity, education and teaching and the Classical Music Industry MA. 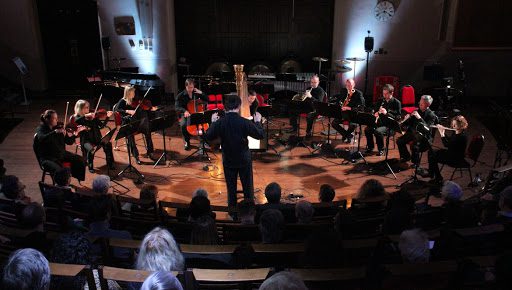 Michael Eakin, CEO of the Liverpool Philharmonic, said: “Ensemble 10/10 is central to our commitment to new and contemporary music; we are the only UK orchestra with our own ensemble of this kind, and we are one of the biggest commissioners of new music, on all scales, in the country.

“This commitment includes the Rushworth Composition Prize which is awarded annually to a young composer in the North West, and which includes a commission for Ensemble 10/10.”

The new Tung Auditorium, which is the state-of-the-art performance space within the Yoko Ono Lennon Centre, was designed for flexibility, with everything centred around ensuring the highest standards of acoustic quality; from the materials used in the asymmetric design to help diffuse sound; to the seating; and 12 sections of curtain on motorised tracks, which can retract into wall pockets depending on acoustic demands.

Professor Catherine Tackley, Head of the University’s Department of Music, said: “‘The Tung will provide an ideal space in which Ensemble 10/10 can work with students, staff and the general public to explore and record 20th century classics, multi-media works and new commissions.

“We are excited to be furthering our partnership in this way and look forward to the first Ensemble 10/10 concerts in the Tung Auditorium.”

As part of the wider Yoko Ono Lennon Centre fundraising campaign, alumni and friends of the University have the opportunity to name a seat within the Tung Auditorium. So far, more than half of the 400 seats have now been named.