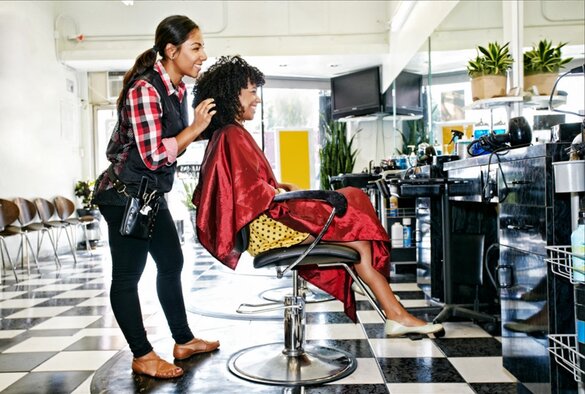 More than a quarter of self-employed workers are struggling to meet basic expenses, with incomes and profits below pre-pandemic levels, according to new research from the University of Liverpool’s Management School and the Centre for Economic Performance (CEP) at the London School of Economics and Political Science (LSE).

The report Covid-19 and the self-employed: 18 months into the crisis– which draws on a new survey of 1,500 people, a representative sample of the self-employed population – reveals that 28 per cent say that they have trouble paying for essentials such as rent and bills. This figure rises to 35 per cent of those respondents who are also parents with dependent children and 38 per cent of self-employed workers aged under 30.

Professor Robert Blackburn, report co-author and Professor of Entrepreneurship at the Management School, said: “The pandemic hit some self-employed workers harder than others.

“Those self-employed workers who are parents, women and younger report greater financial difficulties, suggesting that the uneven impacts of the crisis will continue.”

According to statistics from HM Revenue and Customs, around 2.9 million workers have claimed at least one grant under the Self-Employment Income Support Scheme (SEISS), which has been delivered in five rounds. But the CEP survey* released today shows that a third of self-employed workers have consistently doubted whether they were eligible.

And while 39 per cent of the self-employed report having less work in August 2021 than usual, compared with 62 per cent who said this was the case in January 2021, their reported incomes are still far below pre-Covid levels.

Stephen Machin, co-author and director of CEP, said: “The harmful effects of the pandemic on the economic fortunes of the self-employed have been highly persistent. While the income levels of the self-employed have improved marginally over the past 18 months, they remain well below pre-Covid-19 levels and a significant proportion continue to report financial difficulties.

“Take-up of government support measures appears to have dropped, despite a relaxation of eligibility conditions. Uncertainty of eligibility of newer grants is a strong factor for this reduced take-up, suggesting communications about the government schemes could be improved.”

Maria Ventura, co-author and research assistant at CEP, said: “A significant proportion of the recent increase in self-employment may be temporary jobs, a precarious form of employment that individuals may leave once the economy recovers. It also appears that there is a group of resilient self-employed workers, including those who employ others, who are more aware of whether they are eligible for government support.”

The fourth LSE-CEP Survey of Self-employment was carried out from 15-25 September 2021. The results are based on 1,500 responses. The responses are weighted to represent the population of self-employed workers. To read the full report, please visit: https://cep.lse.ac.uk/pubs/download/cepcovid-19-025.pdf