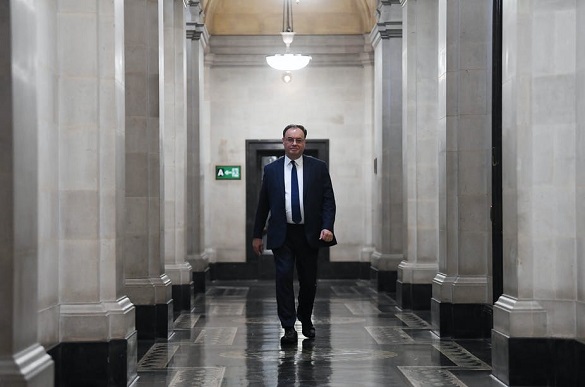 This article by Costas Milas, Professor of Finance with the University’s Management School, was first published by `The Conversation’.

This saved ancient policymakers from the trouble of making interest rate decisions based on the economic outlook. It also spared them from being dubbed “unreliable boyfriends” by commentators for wrongfooting financial markets with their interest-rate decisions – unlike former Bank of England Governor Mark Carney and his successor, Andrew Bailey.

Bailey was most recently criticised in November when the Bank of England’s Monetary Policy Committee (MPC) voted to keep the policy rate of interest on hold at 0.1% despite signalling that it would be raising it to ward off inflation. The MPC’s job is to use interest rates to keep consumer price index (CPI) inflation within its 2% target over the next two years, but it is currently expected to remain above that until at least the first quarter of 2024.

The bank’s policymakers decided against raising rates because a majority believe that the current inflationary pressures are, to some extent, temporary. But is that so? US Treasury Secretary Janet Yellen believes inflation will remain high until COVID is under control, since the surge in prices is closely linked to problems in the global supply chain which have meant that there is too little supply to meet demand.

In Yellen’s view this means stubbornly high inflation well into 2022, which raises the question of what temporary means – particularly now that the omicron COVID variant will potentially see supply-chain disruption going on even longer.

Yet the markets’ bigger concern about omicron is that it is going to hamper economic growth. Economic growth is another (more positive) cause of inflation, so the new variant will potentially reduce the price pressure. For that reason, market expectations of imminent interest-rate rises have markedly weakened since omicron emerged. Paradoxically, however, delayed interest-rate action will arguably make it more likely that higher inflation (from prolonged supply-chain problems) will ultimately last longer.

To further raise the pressure on the MPC, the annual rate of inflation has just risen to 5.1% (up from 4.2% a month ago). The bank’s deputy governor, Ben Broadbent, had predicted recently that the UK wouldn’t hit this rate until the spring.

In this context, the MPC is currently meeting to make its latest decision on interest rates. So what should it do?

To help determine this, there is a model called the “monetary policy rule”, originally devised by economist John Taylor at Stanford in the 1990s, which takes several important variables into account. The first is the central bank’s two-year inflation forecast – in other words, the most likely outcome based on market expectations of interest rates – relative to the official inflation target.

The second variable is UK economic growth relative to its long-run equilibrium level – that is, the Office for Budget Responsibility (OBR) “output gap” measure of “excess demand” in the economy. According to the OBR, UK output is currently 0.7% above equilibrium.

To improve the accuracy of the monetary rule during the pandemic, I have incorporated a third variable, an “infectious disease equity market volatility tracker”. This is an index constructed and updated daily by a team of US economists. It is based on approximately 3,000 US newspaper articles that contain economic terms such as “economy” and “financial”; stock market terms; volatility terms such as “uncertainty” and “risk”; and infectious disease terms such as “epidemic”, “pandemic”, “virus”, “flu” and “coronavirus”. The tracker is not just focused on COVID, and has over 20 years of historical data.

One interesting thing to point out about this model is that it prescribed a negative policy rate of -0.15% for the end of 2020, when the UK was pushed into yet another COVID lockdown. At that time, the MPC decided against a negative interest rate, although it was certainly an option at the time as a way of encouraging as much lending as possible. Other central banks such as the European Central Bank had already been experimenting with negative rates for some time.

As for the MPC’s upcoming decision, the model is “recommending” a policy rate of 0.2% – in other words, a slight increase from today’s 0.1% rate. Without the disease tracker built in, the model would instead be calling for a 0.5% rate, so it shows how growth fears are weighing on its advice. Of course, if market expectations are correct and the MPC leaves rates unchanged, we will conclude that these fears were weighing on them even more.

The danger with such an approach is that growth fears are potentially being overdone right now. There is evidence that the UK economy has managed to adapt to past COVID restrictions. And the latest annual inflation reading of 5.1% will make it more likely that inflation in two years’ time will be higher than the current 2.2% prediction – putting additional pressure on the MPC to act.

Then again, with the speed at which omicron is moving through the population, the infectious disease tracker could well soon jump back to 2020 levels. Were that to happen, the model would recommend that interest rates remain at 0.1%. It all serves to highlight why it is a very difficult time for the MPC to make a decision, and why, particularly during the pandemic era, it is useful to look at the monetary rule for guidance.