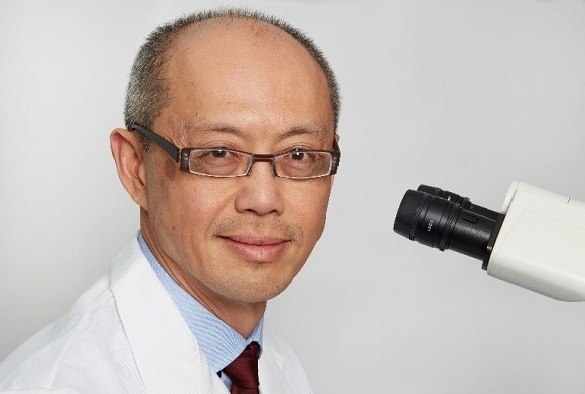 A University of Liverpool professor has been appointed as an honorary Commander of the Most Excellent Order of the British Empire (CBE) by Her Majesty The Queen.

Cheng Hock Toh, Professor of Haematology at the University and Consultant Haematologist at Liverpool University Hospitals NHS Foundation Trust, received the honour in recognition of his services to haematology and medicine.

Professor Toh has a distinguished career as a clinician, researcher, health technology innovator, educator and professional leader. He has worked at the Royal Liverpool University Hospital since 1995 and in 2001 helped to establish the hospital’s renowned Roald Dahl Haemostasis and Thrombosis Centre.

Born in Malaysia, Professor Toh moved to the UK to study A-Levels and has lived in Liverpool for 27 years.

His specialist haematology area is thrombosis and bleeding disorders, and his work understanding blood changes during infection and critical illness has led to patented discoveries, product development and international guidelines to improve standards in patient care.

He said: “I am incredibly humbled to receive this honour from Her Majesty The Queen. Throughout my career I have been driven by a passion to always improve the care for my patients and work to address the inequalities many can face in accessing great care.

“I am proud of what we have achieved at the Roald Dahl Centre and the University. This honour is dedicated to the teams that I have worked with and to the patients that I have learnt from while trying to be the best doctor that I can be.”

Professor Louise Kenny CBE, Executive Pro-Vice-Chancellor of the University of Liverpool’s Faculty of Health and Life Sciences said: “Cheng-Hock is a very worthy recipient of a CBE and his colleagues in Liverpool, nationally and internationally were delighted to see the huge contribution he has made to haematology and medicine recognised in this way.”

Sir David Dalton, Interim Chief Executive of Liverpool University Hospitals NHS Foundation Trust, said: “I’d like to congratulate Professor Toh on being appointed CBE. His innovative work in the Trust and professional bodies has significantly influenced new ways of practising haematology for the benefit of patients, both here in Liverpool and around the world.”

His achievements also extend to supporting the next generation of haematologists. Professor Toh recently won the EHA Education and Mentoring Award 2021 and has been featured in the British Medical Journal, which looked at his work as a role model.