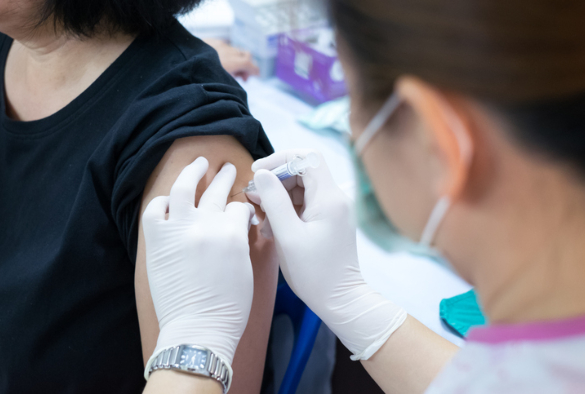 Liverpool has received a multi-million pound funding boost to extend its delivery of early stage clinical research in adults and children.

The CRF at LUHFT has been awarded £5.3m to expand across clinical sites, working with the Clatterbridge Cancer Centre and Liverpool Heart and Chest Hospital to seriously address the needs of the local population, which has some of the highest rates of cancer and heart disease in the country.

The funding will also support the facility’s research into neurology and neurodegenerative conditions, such as Alzheimer’s, dementia, Parkinson’s and Huntington’s disease, and inflammatory conditions including asthma, arthritis, eczema and psoriasis. Other areas of work include the treatment of infectious diseases, including HIV and TB, as well as the development of new vaccines.

Established since 2009, the CRF was instrumental in responding to the COVID-19 pandemic, working in partnership with academics at the University of Liverpool and Liverpool School of Tropical Medicine to test and develop vaccines and medicines to combat the virus. For example, the CRF team recruited 60 participants in just six weeks to the AGILE Clinical Trial Platform, a study designed to test potential new drugs to treat COVID-19.

Dr Richard Fitzgerald, Director of the CRF at Liverpool University Hospitals NHS Foundation Trust said: “This funding is fantastic news for patients in the region, who will get early access to new medicines and therapies for some of the most common diseases affecting our local population. It also demonstrates the NIHR’s confidence in Liverpool’s ability to deliver world-class research and development. Throughout the pandemic we have shown how Liverpool’s clinical and academic partners can work together for the common good and this approach will continue with the work we are now able to do as a result of this funding.”

Alder Hey has received £2m in funding for its CRF, which is just one of two UK facilities exclusively for paediatric patients.

Since its inception in 2011 the facility has established itself as an internationally important facility for experimental medicine and early phase research for children and young people.

Several treatments involved in these studies have gone on to be introduced into care for patients. For example, the CRF provided the leadership, expertise, and environment for two of the first three international trials into a new drug for hard-to-treat forms of epilepsy. Epidyolex, a high quality and pharmaceutical grade medical cannabinoid, is now licensed in the US and UK for the treatment of Dravet and Lennox-Gastaut syndromes.

Professor John Chester, Director of Research and Innovation at Alder Hey Children’s NHS Foundation Trust said: “This major extension of our funding will enable us to build upon the NIHR Alder Hey CRF’s 10 years of groundbreaking early phase research studies in collaboration with our partners. We remain extremely proud of the international success of the CRF at Alder Hey, the first of its kind in the UK. The support of the NIHR has been instrumental in helping us to deliver hundreds of clinical studies over the last decade and position Alder Hey as a leader in children’s health research. Together we are creating a healthier future for children and young people across the world.”

The Liverpool funding is part of a £161 million NIHR award made to 28 CRFs based in NHS hospitals across England that will run from 2022-2027.

Professor Lucy Chappell, Chief Executive of the NIHR and Chief Scientific Adviser to the Department of Health and Social Care, said: “NIHR’s CRFs scheme has been a key force in translational research across England, helping to position the nation as internationally competitive in early stage clinical research. This new funding will allow the CRFs to continue to drive forward innovation in experimental medicine and support translation of exciting discoveries into new treatments for patients.”