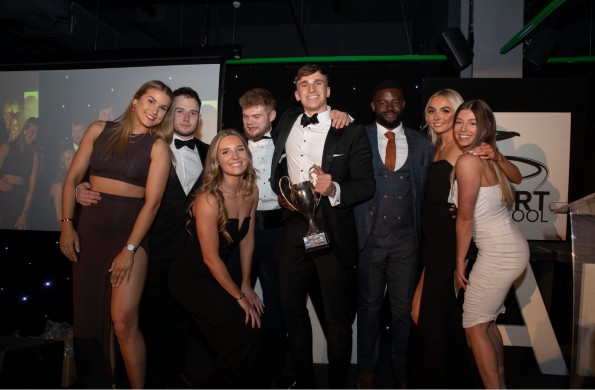 The Strength and Conditioning club was presented with the sought after ‘Top Club’ award at the annual Athletic Union (AU) awards dinner, following a year which saw it rebuild better than ever after COVID-19 lockdowns to deliver new initiatives and competition wins.

Like many clubs, particularly those who train indoors, the club was unable to run physical sessions or exist in its normal capacity during COVID-19 lockdowns and beyond.

Club President Jack Crabtree and incoming Club President Elliot Wood said: “We adapted and did what we could, connecting members on social media and in group chats where they could share their lockdown routines to aid their physical training as well as mental wellbeing. The pandemic stretched over the end of two academic years, meaning that all our existing members had graduated, with those who remained forming the committee. On top of this, our two external coaches had moved on and we were unsure over whether restrictions would permit our use of the gym. This left us going into this academic year with no members, no coaches, and no sessions.”

Luckily, when the committee represented the club at the 2021 Freshers Fair, they were pleasantly surprised by the number of people eager to get involved. They spoke with many students to find out what they wanted from the club.

The level of interest led to the committee successfully recruiting new Powerlifting and Olympic Weightlifting coaches, and experiencing high demand and great feedback for taster sessions, which set the tone for what was to be a positive year ahead. 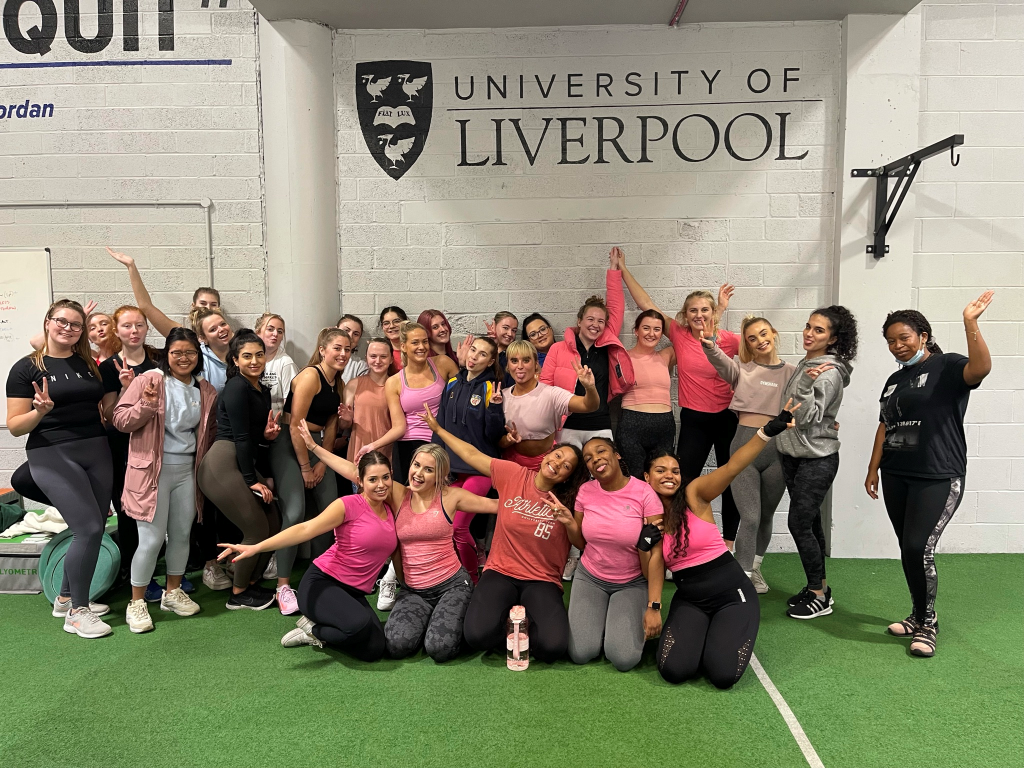 To help address the participation gap between male and female students, this academic year the Strength and Conditioning Club introduced a successful weekly ladies’ only session. This is coached by Millie Pendlebury, a University of Liverpool alumna whose dissertation explored female participation within sport. Millie won ‘coach of the year’ at the AU awards.

Jack and Elliot said: “In a recent British Universities & Colleges Sport (BUCS) study as a part of the ‘This BUCS Girl Can’ campaign, it was found that only 48.6% of female students take part in physical activity once a week compared to 64.7% of their male counterparts. This can be for a variety of reasons, but as far as our club goes, there is no reason for there to be a so-called gender play gap.”

Several members who initially came to just the women’s session felt comfortable enough to try out for other sessions such as Powerlifting and Olympic Weightlifting, where they helped the club to achieve successes in both Varsity and BUCS competition.

After dominating Varsity Powerlifting for the third successive year, maintaining a 100% record over LJMU in officially sanctioned competitions, the club is looking to take the Powerlifting team to the University Championships to capitalise on the success and talent of current members. They will also be aiding some of our members in attending regional and national competitions throughout the year, giving them the opportunity for individual honours.

The Olympic Weightlifting team is looking to further cement their place at the British University Championships next year, following a silver medal at its first appearance. They also plan to take members who attend their MetCon sessions to several Tough Mudder events throughout the summer and the next academic year, an opportunity to raise money for charity as a group effort, whilst applying some of the strength and cardiovascular training that the sessions provided to help one another complete the course.

The club will also assess the competitiveness of individual members during future MetCon sessions with a plan of entering some into CrossFit open events.

Jack and Elliot said: “Where lockdown presented us many challenges, we overcame them by realizing the opportunities it also presented to us to start afresh and rebuild the club keeping everything we’d learnt in previous years in mind to make it better than ever.

“We are a club that any gym goer or fitness enthusiast can partake in, whether that be our metabolic conditioning sessions, ladies strength and aesthetics sessions, the wider gym and fitness community we foster at the university, or even our competitive Powerlifting or Olympic Weightlifting teams. Head over to our Facebook and Instagram pages to get a better feel for what we do, both at sessions and socials.”