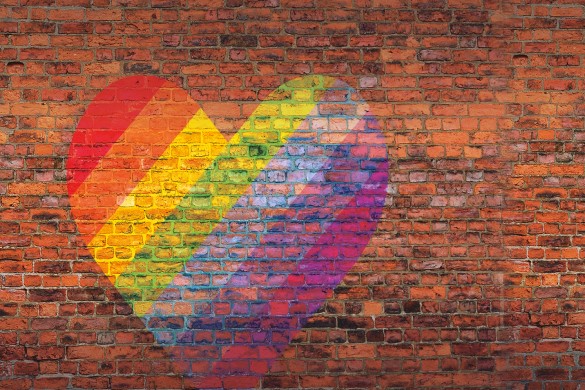 To continue the celebrations for Pride Month, The Diversity & Equality Team have teamed up with The Guild to share with you an exhibition of Gay Times Magazine covers spanning over two decades which were kindly donated to the University.

Now operating as a digital-only publication targeted to the entire LGBTQ+ community, Gay Times was established in 1975 when its first magazine was published, aimed initially at gay and bisexual men.

The covers not only showcase LGBTQ+ representation in the media over the years but are also a fascinating visual journey in graphic design from the mid 80’s to early 2000s.

The aim of the project is to showcase the magazines at an exhibition event later in the year, alongside printed commentary on thoughts and feelings from our students and staff. You may have memories of a particular year as part of the LGBTQ+ community that you’d like to share; you may have something to say about the language used, or commentary on the visual representation of intersectional identities in an LGBTQ+ context. You may study a particular subject area which you can relate to the project; you can even submit your response creatively in the form of a poem or visual artwork.

Please note that some of the magazine covers and language used may be deemed explicit, therefore viewer discretion is advised.

The magazine covers can be found here: https://www.liverpool.ac.uk/intranet/gay-times/

The Pride month hub can be found here: Pride – The University of Liverpool

If you would like further information on the project please get in touch equality@liverpool.ac.uk