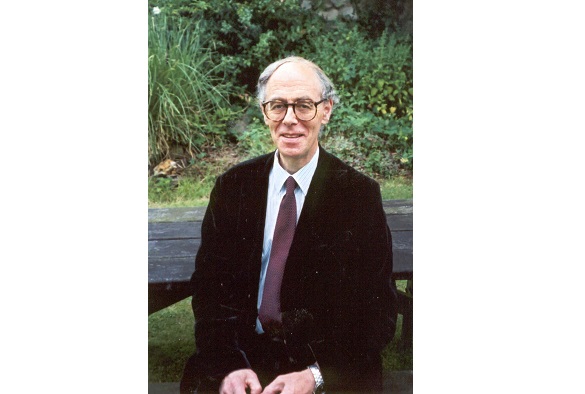 The University of Liverpool is saddened to announce the death of Adrian Allan, former University Archivist, who passed away recently after a short illness.

Adrian’s long association with the University began when he gained his postgraduate Diploma in the Study of Records and the Administration of Archives at Liverpool in 1965 after reading Modern History at Durham University. Adrian worked for several years at the West Suffolk Record Office, before joining the staff of the University as Assistant Archivist in 1970. He succeeded Dr Michael Cook as University Archivist in 1994, a post he held until his retirement in 2008. Adrian was a member of the Executive Committee of LUCAS (Liverpool University Centre for Archive Studies) from its founding. In an interview for the LUCAS Newsletter on his retirement he said, “It has been an honour to work at this University and it has been wonderful to witness the development of the institution over the years.”

Adrian’s loyalty to and exhaustive knowledge about the University is evident in the list of his many publications, including Rankin Hall, 1922-1972 (1972), The Building of Abercromby Square (1986), Honoured by degrees: a century of graduates of the University of Liverpool (2004), and A history of the Convocation of the University of Liverpool (2012). Adrian took a long view of his University work, actively engaging with potential future donors and maintaining connections in sometimes unexpected ways, combining his commute between the North-East and the North-West with deliveries of homegrown rhubarb and runner beans. He was indeed a Friend of the University beyond his work on that committee. Even though it didn’t technically fall within his remit, Adrian was almost entirely responsible for the retention of many heritage items from medical and scientific departments which would otherwise have been lost, and which are now part of the permanent VGM collections.

Adrian’s contribution to the wider University and Archives communities included editing the conference proceedings of the Business Archives Council, and regularly taking a “busman’s holiday” to assist the Records Manager at Durham University. In retirement Adrian was involved in many voluntary projects in Durham and Cumbria. He served as Trustee and Society Archivist for Cumberland and Westmorland Antiquarian and Archaeological Society, collaborating with Cumbria Local History Federation in the development of archive-related bids for public funding. He was also a Trustee of the Friends of Cumbria Archives.

Even after his retirement, Adrian continued to be a familiar presence on campus, travelling from the family home in Cumbria to work on a University commission to write the definitive history of Greenbank, to coincide with the building’s refurbishment: Greenbank House and the University of Liverpool: a history (2022). Adrian’s enduring interest in the Rathbone archives and his last publication about the history of Greenbank House reflected his enthusiasm for recording how the past shapes our future. His warmth and encyclopaedic knowledge inspired donors to trust that whatever was endowed to the University would be nurtured and preserved for posterity.

A fitting part of Adrian’s legacy to the Archives profession is the Eleanor and Reginald Allan Scholarship he established in memory of his parents for outstanding professionalism by a postgraduate archives student. He will be missed by many in the world of archives. Our thoughts are with his sister, Rosemary.

Michael Cook said: “Working with Adrian in the university opened my eyes to several things about it. As his list of publications shows, he could always spot some important feature that had dropped out of sight. He was instrumental in setting up and making more evident several features. Examples are the Art collections, and a number of specialist museum collections, which are more recognised and used today. He had a good nose for an important story and for under-recognised services.”

Edwin Green, Vice President of the Business Archives Council, and former HSBC Group Archivist, said: “Adrian was a great friend of the Business Archives Council for some 20 years.  He was proud of Liverpool University’s strong tradition in business history but his outstanding influence on business archives was his editorship of the BAC’s conference proceedings, demanding his willing care and attention between 1981 and 1996. Adrian was a loyal, popular and generous member of the BAC and his support and good humour will be greatly missed.”

Pat Starkey, Department of History, writes, “Adrian was always generous with time and his extensive knowledge, not just of the university archives but also about so many other sources of information. He made a quiet but invaluable contribution to teaching and research and I and other colleagues – and students – have cause to be very grateful to him.”

Adrian’s funeral  will be held on Tuesday July 19th at 11.30am at St Marys Church Wreay, near Carlisle.