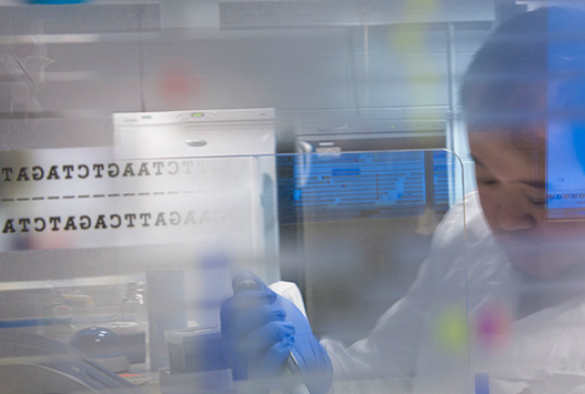 A study involving researchers from the University of Liverpool describes how transposable elements are associated with Parkinson’s subtypes and impact disease trajectory.

The study, published in Experimental Biology and Medicine, analysed the variation of transposable elements – DNA sequences that have the ability to change their position within a genome – and their impact on different trajectories of Parkinson’s disease.

Researchers used patient data from the Parkinson’s Progression Markers Initiative, one of the largest international longitudinal cohorts of Parkinson’s patients, funded by the Michael J. Fox Foundation, from patients who also had whole genome sequencing data available. This allowed researchers to develop a comprehensive genomic screen for the transposable elements in these patients and to detect their impact on disease progression.

Transposable elements make up more than 70% of the human genome, but until recently, they have been considered as ‘junk’ DNA without any meaningful function. These elements have been largely ignored in most genetic studies and could therefore contribute to the currently unknown genetic factors that influence disease development. Previous studies from these researchers have shown that these elements have a significant regulatory role in the genome. They regulate the expression of many genes, orchestrate complex genetic activation where multiple genes are needed for a complex response, and the growing body of evidence suggests that these elements have a major pathogenetic effect, with several elements shown to cause disease.

“Transposable elements are part of the genome which is known as the ‘dark genome’”, senior author Professor Sulev Koks said. “Our study showed that the dark genome may have a much more significant impact on the pathophysiology of complex disease than previously estimated.”

“The elements inside the dark genome could enhance or slow the progression of Parkinson’s disease and therefore open up new opportunities for precision medicine.”

The University of Liverpool’s Professor John Quinn said: ‘’Our body of work over a decade highlights the importance of targeting these elements for therapeutic intervention in the progression of neurodegenerative diseases which is the subject of our current work not only in Parkinson’s Disease but also Motor Neurone Disease. ‘This could include repositioning of drugs from other disease areas in which these elements are implicated in disease progression.”