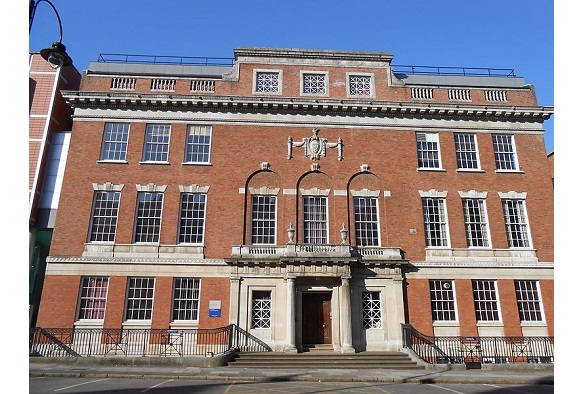 Words by Paul Redmond, Director of Student Experience and Enhancement

The Jane Herdman Building is one of our most iconic buildings. But who was she, and how does the building connect us to the first day of the Battle of the Somme?

With its impressive facade and neoclassical design, the Jane Herdman Building is one of the campus’s most iconic buildings. Named after Lady Jane Herdman, wife of Professor William Herdman, Derby Chair of Natural History and Professor of Oceanography, the building was opened in 1929 following a significant donation to the University by Professor Herdman in remembrance of his wife.

As a student at Liverpool, Jane Herdman had been an excellent scholar and in 1891 was awarded first class Honours in Chemistry. She was also the first President of the Women Students’ Representative Council and was later a member of the Liverpool Education Committee.

But as the University prepares to mark this year’s Remembrance services, it’s the story of the Herdmans’ eldest son that holds a particular relevance.

The killing of Georgie

Go into the Herdman Building and take the stairs to the first floor. Above a display case you’ll see a portrait of a young First World War army officer.

His name was George Herdman, William and Jane’s eldest son.

George Herdman was born in 1896 in Croxteth Lodge, Ullet Road, Liverpool, a few miles from the University. At the outbreak of war, he was 19 years old. Commissioned as an officer, he served in 18 Battalion, the King’s (Liverpool) Regiment. 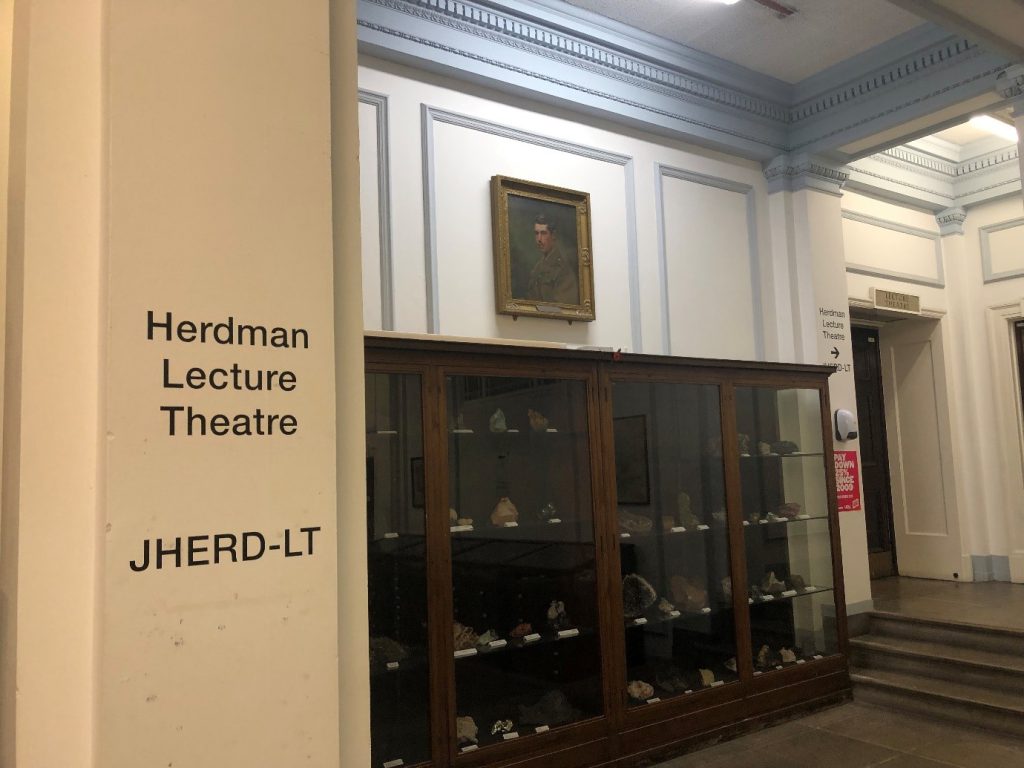 Location in the Jane Herdman Building of the portrait of 2nd Lieut. George Herdman

On 1 July 1916, the first day of the Battle of the Somme, George and his Regiment were preparing to attack the German trenches near Montauban, a town in Picardy, northern France, located between Guillemont to the east and Mametz to the west.

Leading his men ‘over the top’ towards a German trench, an eye witness account recalled the last time George was seen alive:

“George at once got a small party of bombers, odd men who were near, not all of his own platoon, and led them down this branch or communication trench leading to elaborate German dug-outs, and there he ‘ran full tilt’ into the enemy, and was killed at once by a German bomb, which struck his head and must have caused instantaneous death.”

Within the first hour of battle, two-thirds of George’s Regiment would become casualties.

Like many others killed that day on the Western Front, George has no known grave. He is commemorated on the Thiepval Memorial. At the bequest of his parents, a library in Port Erin, Isle of Man, also bears his name. 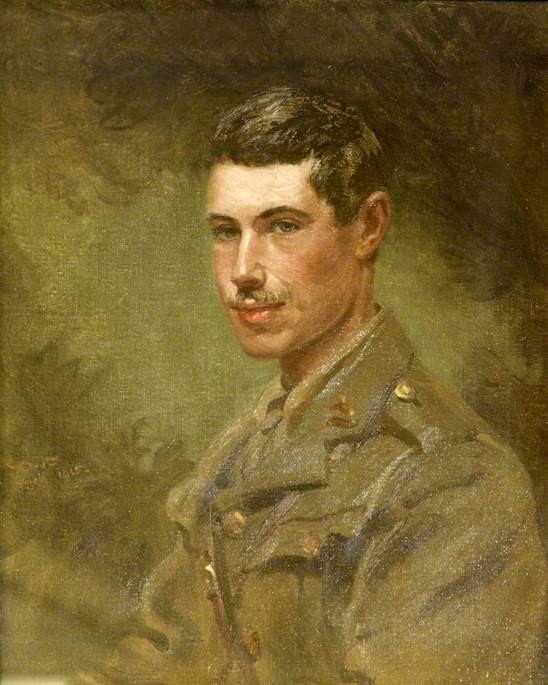 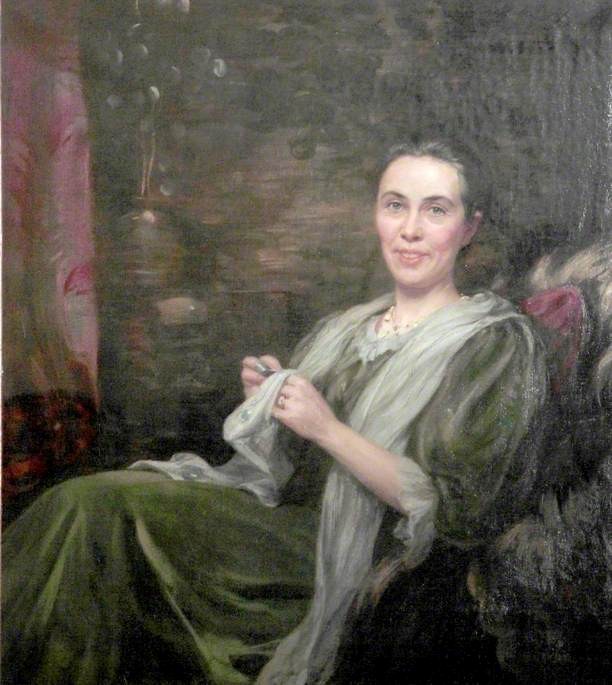 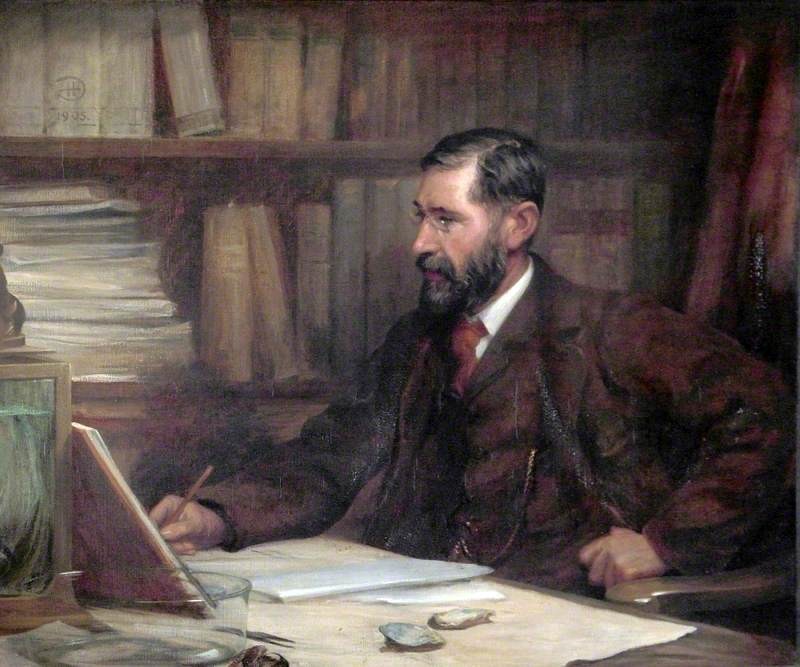 The University will hold services of remembrance on Friday, 11 November to honour staff and students who died in the First and Second World Wars and other conflicts.

A service will take place at the Victoria Gallery and Museum. Attendees should gather near the memorial on the ground floor of the building at 10.30am.

Another ceremony (no registration required) will take place outside, shortly after the VG&M ceremony at the Chevasse memorial at Abercromby Square. Those wishing to attend should gather prior to 11.15am at the memorial.

For further information on the service at the VG&M, please contact Kaya Zhu, email: Q.zhu29@liverpool.ac.uk .