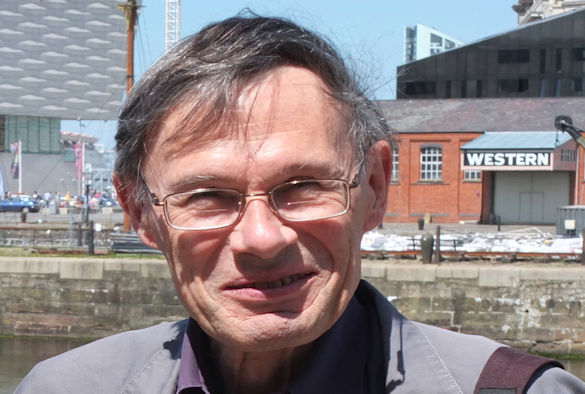 Emeritus Professor Peter Giblin has been awarded an OBE for ‘services to mathematical sciences’ in the 2018 Queen’s Birthday Honours.

Professor Peter Giblin, who joined the University in 1967, has made a major contribution to mathematical education within the Department of Mathematical Sciences, within Merseyside and across the UK.

For more than 40 years, he has played an active role in mathematical sciences outreach activities and is an integral part of the Department’s extensive outreach provision which includes Saturday Maths Club, revision classes, roadshows and delivering lectures for the general public through the Liverpool Mathematical Society.

Professor Giblin has also served on, and chaired, many national committees concerned with higher education, maths A levels and the promotion and presentation of maths within the mathematics community and to the general public.

Professor Giblin said: “The University has always been very supportive of my engaging in these activities, for which I am grateful. Many of us give time and energy to supporting our discipline outside normal academic work, and we do this because it is worthwhile and important, not for formal recognition. This does not prevent my being extremely chuffed at the honour!”

Professor Giblin joined Liverpool as an assistant lecturer in 1967 and was awarded a chair in 2000 when he also became Head of Department of Mathematical Sciences, a post he held until 2004. Professor Giblin became an Emeritus Professor in 2008, although he continues to support many activities within the Department.

Professor Kurt Langfeld, Head of the Department of Mathematical Sciences, said: “It is always a pleasure to meet and to talk to Peter on the many occasions you can find Peter on campus. I am very grateful for his contributions to our Department be it his expert advice rooted in many years of experience or be it on the occasion of our Applicant Discovery Days, where he enthuses our potential students over the marvels of Mathematics, its achievements and the prospects of studying it.”

Peter was recognised as an inspiring lecturer by every cohort of students he taught, winning the University’s Sir Alastair Pilkington Award for Teaching Excellence twice. His primary research involves singularity theory and its application to geometry, computer vision, and computer graphics.

Also honoured in the 2018 Queen’s Birthday are honorary graduate, Professor Mary Beard, who was awarded a Damehood for her services to the study of classical civilisation and alumna, Dr Susan Martin, (MSc Environmental & Evolutionary Biology 1993, PhD 2007) received an MBE for services to mental health welfare and the community in Liverpool.