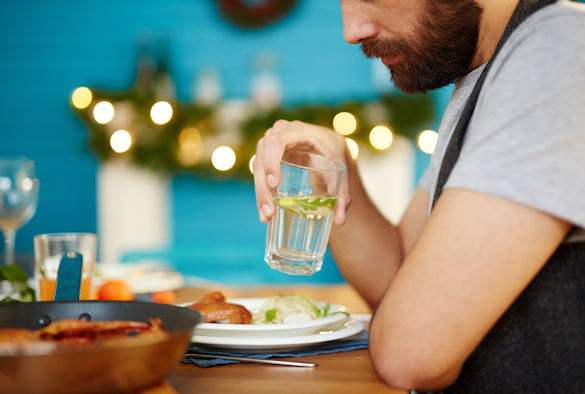 New research, published in the research journal Obesity, has found that people on lower incomes may be more likely to have obesity due to psychological distress that gives rise to emotional eating to cope.

Research by the University of Liverpool and Edith Cowan University (ECU) explored whether the relationship between lower socioeconomic status (SES) and obesity is explained by psychological distress and subsequent emotional eating as a coping strategy.

150 participants from North West England from a range of socioeconomic backgrounds completed questionnaires measuring psychological distress, emotional eating and resilience. They reported their income and education level as an indicator of socioeconomic status and their height and weight in order to calculate body mass index (BMI).

The study showed that psychological distress alone did not facilitate a relationship between lower SES and BMI.

“The reason for socioeconomic disparities in obesity levels is often attributed to the greater availability of low‐cost, calorie‐dense foods in more deprived areas relative to more affluent neighbourhoods. However, there is limited evidence for an association between local food environments and obesity, indicating psychological and emotional factors may also play a role.

“This finding suggests that it is not distress per se, but people’s coping strategies for dealing with distress that may be critical in explaining the link between socioeconomic disadvantage and body weight,”

The study also revealed an unexpected finding. Higher SES was also associated with emotional eating however, this pathway was not in response to significant psychological distress.

Dr Joanne Dickson, ECU, said: “It is, therefore, possible that participants with higher SES may be eating in response to other emotions not directly related to coping with distress, for example, boredom.

“This study indicates an important role for psychological and emotional factors in eating behaviour and body weight regulation, particularly for those of lower SES. Further, it is less clear what factors explain the emotional eating for those of higher SES.”

The full study, entitled ‘From Socioeconomic Disadvantage to Obesity: The Mediating Role of Psychological Distress and Emotional Eating’, can be found here.