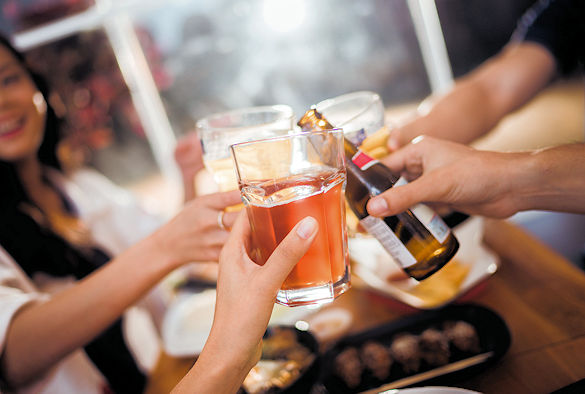 New research highlights that national guidance on safe levels of alcohol consumption is disconnected from the real life experiences and conceptions of those who drink regularly.

Communicating safe drinking levels continues to be a challenge for public health leads, but a study from psychology researchers at the University of Liverpool and Oxford Brookes University found that less than 2% of respondents “referred to guidelines as informing their sense of too much alcohol.”

Perhaps more alarmingly for health experts, only 4% of respondents to the study referred to long-term health as contributing to their intuitive level of too much.

Instead, the vast majority of participants in the study published by Psychology & Health stated that thresholds were established through “recognising previous negative states” with “a focus on short term risks of drinking too much alcohol.”

As the authors state, this “demonstrates a disconnect between medical conceptions of risk and the experiences that people call on to gauge when to stop drinking.”

Dr Richard Cooke, Senior Lecturer in Health Psychology at University of Liverpool, said: “Our findings support other research in showing that people don’t use alcohol guidelines to guide their alcohol consumption. This matters because the main policy approach to reduce alcohol consumption in England in the last decade has been to raise awareness of guidelines using mass media campaigns and labelling alcoholic products.

“This approach assumes that making people knowledgeable about guidelines would naturally lead to a reduction in their alcohol consumption; when people realised their current drinking exceeds guidelines and increases their risk for developing cancer or liver disease, they would drink less to reduce their exposure to these risks. However, the current findings highlight a fundamental flaw in this approach – if people don’t use guidelines to inform their drinking they have no interest in becoming more knowledgeable about them.

“Study findings also provide important information for public health stakeholders in that they confirm many people reported that approaching the point where they have drunk too much alcohol was a positive experience, associated with relaxing and socialising. It is highly unlikely that these people will respond to the typical public health campaigns, that emphasise the negatives of drinking, such as the long-term health risks, because these messages do not chime with their own experiences. It is time to evaluate the impact of campaigns that focus on the social consequences of drinking too much, such as embarrassing yourself in front of your mates or family, or throwing up; these visceral experiences are easy to recall, happen in the here and now, and could be used to inform future interventions.”

The study, entitled ‘My own personal hell: Approaching and exceeding thresholds of too much alcohol’, is the first of its kind to focus on the experiential threshold of what we, as individuals, consider to be too much alcohol consumption.

The research involved 150 participants responding to an online survey about their drinking attitudes and behaviours.

Nearly all participants (93%) described approaching their threshold as an embodied, physical and affective state. These experiences were characterised by rich accounts, with 75% of participants describing their states at either extremes of a positive-negative continuum set out in previous research.

For a greater understanding of this important area, the study recommends that further research could explore how those with positive and negative perceptions of reaching their personal drinking thresholds might influence each other within social settings.

The full paper can be found here.