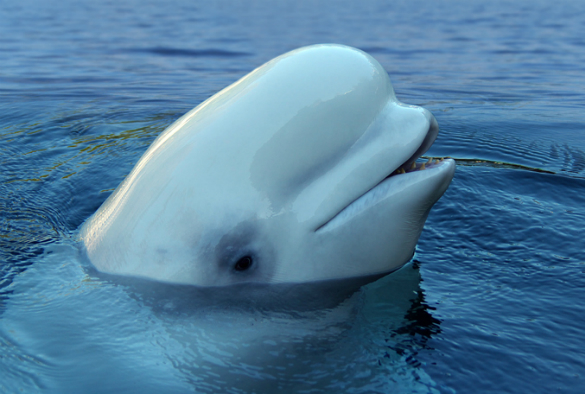 An international team of researchers involving the University of Liverpool has found that the physical condition of beluga whales affects their capacity to store oxygen in their blood and muscle tissues, likely impacting their ability to dive.

In a paper published in the Journal of Experimental Biology, concentrations of muscle myoglobin and blood hemoglobin, proteins responsible for the storage and delivery of oxygen, were found to be 12 and 27 per cent higher, respectively, in beluga whales in peak physical condition compared to those of lower condition.

“We estimate that these differences equate to at least a three minute reduction in maximum dive time of the whales with the lowest body condition,” says lead author Dr. Emily Choy, a University of Manitoba alumna, now a researcher at McGill University.

The study started in response to a 2014 report that found inferred growth rates of Beaufort Sea beluga whales had declined over the past 20 years, which were hypothesized to be the result of environmental change. As diving depth in toothed whales is related to body size, the team wondered if diving ability might be compromised by the smaller size of the whales.

However, the researchers found that body condition and not body mass was the most important factor predicting blood and muscle oxygen storage capacity. Previous work by Choy indicated that the northward migration of less energy dense prey species was driving the reductions in body condition.

“Considering that the peak biomass of Arctic cod, the beluga’s main prey, is found between depths of 350 to 500 metres, and that the largest and most energy rich cod are found at the deepest depths, declines in body condition may affect the ability of the whales to reach their preferred prey,” says Choy.

“The relationship between physical condition and oxygen storage capacity may be a vicious cycle in beluga whales, in which environmental changes resulting in decreased condition of the whales, affects their ability to forage, leading to further reductions in their condition through the diminished consumption of their prey,” adds collaborator Dr Michael Berenbrink, from the University of Liverpool’s Institute of Integrative Biology.

Working in collaboration with Inuit communities in the Inuvialuit Settlement Region of the Northwest Territories, the team was able to collect samples from 77 subsistence hunt beluga whales.

“We are very grateful for our community partners, and would like to thank the hunters for sharing their whales, without which this study would not have been possible,” says Choy. “It is important that we continue to work together to monitor the health and condition of northern beluga populations.”

Related news
How goldfish make alcohol to survive without oxygen.