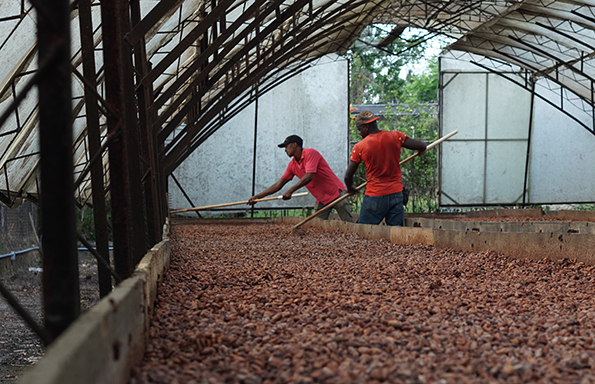 The UK’s Modern Slavery Act 2015 and anti-slavery commitments by major firms are having little impact on working conditions in the supply chain, and could even push exploitation into even more unregulated markets, according to research carried out by the University of Liverpool.

Professor Alex Balch, from the University’s Centre for the Study of International Slavery (CSIS), led a multinational team that spoke with more than 250 workers in four countries – Bangladesh, the Dominican Republic, Ghana and Myanmar – between March 2018 and February 2019.

The research focused on the cocoa and garment trade.

In both Bangladesh and Myanmar, the team found environments plagued by overwork and under-payment, with insults and abuse directed at workers; and a lack of responsible engagement by buyers.

There was also a clear failure to implement existing labour laws and hostility towards worker organising, through trade unions.

Professor Balch said: “It is evident that, without addressing these two factors, problematic working conditions will not be resolved in a sustainable, long-term way.

“Despite high-profile ‘anti-slavery’ activities carried out by major brands in garment supply chains, there is limited reference to the enhancement and responsible enforcement of local labour laws as part of this work.

“We argue that the UK government has a pivotal role to play in focusing overseas development work on supporting efforts to ensure the coverage and enforcement of labour law.”

In Ghana and the Dominican Republic, the team found significant misconception of the definition of ‘child labour’, and a lack of understanding around how policies affect children and their families.

Professor Balch said that he and his team “found little cause for optimism” despite the promises of major firms, and the legislation laid down by UK Government.

He added: “Of particular concern are the unforeseen consequences of legislation, and related corporate social responsibility agendas, to displace problematic working practices for children, and to push exploitation and modern slavery further down the supply chain into less regulated markets.

“Future research needs to concentrate on these darker areas, where it is likely that children’s and workers’ rights are further reduced and the risks of exploitation are high.”